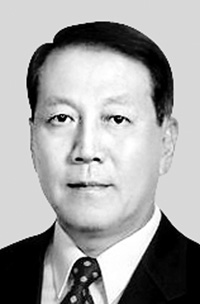 Three retired air force officers were arrested Monday on charges of swindling the government out of 24.3 billion won ($22.05 million) for repairs to fighter jets by forging documents to show that their aircraft maintenance company imported components, according to the prosecution. They commited the crime while working as lobbyists for a fighter jet maintenance company after their retirement, prosecutors said.

After retiring from the air force in 2006, a former lieutenant general surnamed Chun Gi-gwang, 67, who served as vice chief of staff in the Air Force, joined Bluenier, a fighter jet maintenance company, as a vice president. The company was started by a former air force maintenance sergeant surnamed Park in 2006.

From 2006 to 2011, the former officers signed 2,092 contracts with the Defense Acquisition Program Administration and the Air Force Logistics Command to maintain air force fighter jets and provide components.

Park, the CEO of Bluenier, was arrested last December after being pursued for two years and a half. Another executive of the company surnamed Chu was also previously arrested.

When their counterfeit components were discovered, the lobbyists allegedly asked acquaintances in the air force to cover up the facts.

According to the prosecution, the five lobbyists regularly held meetings to discuss how to swindle money through the contracts. When officials from the Defense Acquisition Program Administration audited the company, they took the officials out for dinner and drinks to get them on their side.

“To recover the money that Park pocketed, we provisionally seized his property and bonds,” said an official from the prosecution.

The prosecutors also arrested an official from the Defense Acquisition Program Administration on Jan. 23 who allegedly conspired with Park.