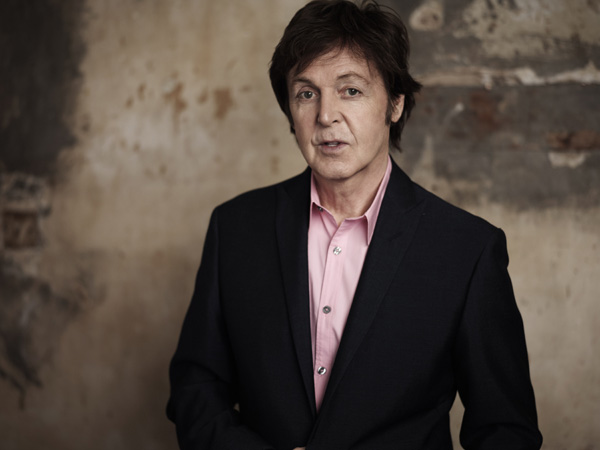 PAUL MCCARTNEY
Jamsil Sports Complex
May 2: The sudden cancellation of Paul McCartney’s scheduled concert last May devastated the hearts of Beatles fans in Korea. But McCartney is keeping his promise, planning to hold his “Out There! Tour” in May. The 73-year-old singer will perform legendary songs like “Yesterday,” “Let It Be” and “Hey Jude,” as well as tracks off his latest studio album “New.”
The concert starts at 8 p.m.
Tickets range from 55,000 won to 300,000 won.
Sports Complex Station, line No. 2, exit 8.

KIM SOO-YEON AND LIM DONG-HYEK DUO CONCERT
Seoul Arts Center
Feb. 28: Promising young classical music stars Kim Soo-yeon and Lim Dong-hyek will perform Franz Schubert’s compositions at this duet concert. The two recorded an album together ahead of the show to ensure a perfect harmony and their understanding of the songs.
This is the first time the musicians will perform together on stage.
The concert begins at 8 p.m.
Tickets range from 30,000 won to 100,000 won ($27 to $90).
Nambu Terminal Station, line No. 3, exit 5.

ROMANTIST
Sejong Center for the Performing Arts
March 3: World-renowned violist Richard Yongjae O’Neill and three budding artists will show off their talent at this concert.
Pop pianists Yoon Han and Chris Lee will perform music from romantic soundtracks and double bassist Sung Min-jae will perform jazz with O’Neill. Acclaimed songs by famous artists such as Edith Piaf and Louis Armstrong were arranged by O’Neill.
The concert starts at 8 p.m.
Tickets range from 30,000 won to 120,000 won.
Gwanghwamun Station, line No. 5, exit 1 or 8.

ED SHEERAN
Olympic Park SK Handball Stadium
March 8: Ed Sheeran is bringing his unique mix of hip-hop and folk to Korea for his first concert on the peninsula. His second album “X” topped iTunes in 83 countries.
The concert starts at 6 p.m.
Tickets range from 121,000 won to 143,000 won.
Olympic Park Station, line No. 5, exit 3.

STEVE BARAKATT
Seoul Arts Center
March 8: New Age pianist Steve Barakatt is coming to Korea to celebrate the 20th anniversary of his first concert here.
Barakatt has a vast fandom in Korea because of hit songs such as “Rainbow Bridge.” He will be performing together with the Herald Philharmonic Orchestra under the baton of female conductor Kim Bong-mi. Barakatt will perform at this celebratory concert under the title “Ad Vitam Aeternam, The Symphonic Work of Steve Barakatt.”
The concert starts at 5 p.m.
Tickets range from 40,000 won to 190,000 won.
Nambu Terminal Station, line No. 3, exit 5.

CHRISTINA PERRI TOUR IN SEOUL
MUV Hall
March 10: Christina Perri made a brilliant debut performing on Fox TV’s popular TV show “So You Think You Can Dance” with the song “Jar of Hearts.” Now, Perri is coming to Korea for the first time for an exclusive concert, where she will perform her hit songs “Distance,” featuring Jason Mraz, and “Be My Forever,” composed by renowned British singer-songwriter Ed Sheeran, among others.
The concert starts at 8 p.m.
Tickets range from 99,000 won to 154,000 won.
Hongik University Station, line No. 2, exit 3.

SHINHWA
Olympic Park, Gymnastic Arena
March 21 and 22: To celebrate its 17th anniversary, boy group Shinhwa is set to hold a concert next month. Shinhwa, one of Korea’s longest-performing boy bands, will be perform their latest full album “We,” as well as the group’s hit songs over the past 17 years.
The concert starts at 6 p.m. on Saturday and at 5 p.m. on Sunday.
Tickets range from 99,000 won to 143,000 won.
Olympic Park Station, line No. 5, exit 3. 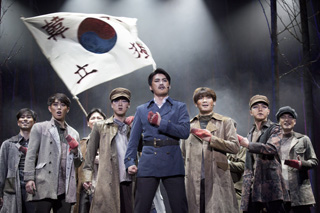 April 14 to May 31: The Korean musical “Hero,” which centers on the life of Ahn Jung-geun, the Korean independence fighter who was executed in 1910 after assassinating Japanese Gov. Ito Hirobumi in Harbin, China, will be staged in April after its successful premier in Harbin.

To Sunday: Top-ranking Broadway musical “Kinky Boots” is coming to Korea for the first time. The performance received six Tony Awards in 2013 and won a Grammy for best musical album in 2014. The show is based on the true story of Charlie, who took over a failing shoe-making company owned by his father. He hopes to make it a success again by creating high heels for men. Pop diva Cyndi Lauper wrote and composed the songs for the musical, which will be reinterpreted in Seoul by Korean performers.

The musical centers on Esmeralda, a free-spirited female gypsy, and the three men who are in love with her: Captain Phoebus, who fleetingly desires her; Archdeacon Claude Frollo, whose love is closer to lust; and Quasimodo, the hunchbacked bell-ringer of the cathedral, to whom Esmeralda is a savior.

Previous performances in 2005 and 2006 recorded the largest audience numbers within the shortest period in Korea.

To March 8: The Tony Award-winning play is returning with a stunning cast that includes renowned singer Lee Ji-hoon. The show unfolds in Paris when Jean-Michel, the son of a gay couple Georges and Albin, attempts to marry Anne, who is the daughter of an extreme conservative.

To March 29: The public is already familiar with the movie “Once,” which tells the tale of a Czech immigrant who falls in love with a street performer. And the Seoul Arts Center is now presenting the same story line, but in musical form.

March 19 to 22: This ballet created by renowned Spanish choreographer Nacho Duato will be staged by the Universal Ballet Company in Seoul to commemorate the 250th anniversary of Johann Sebastian Bach. The performance is composed of two parts, which represent Bach’s life through stunning choreography. 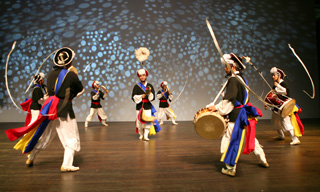 Enjoy the holidays over the Lunar New Year with a traditional show. The National Gugak Center has organized traditional performances and activities during the holidays. Provided by the organizer

Thursday and Friday: To celebrate the Lunar New Year, the National Gugak Center has prepared a concert in which Korean artists will play a number of traditional Korean instruments.