Former aide to the Blue House will lead KITA

Former aide to the Blue House will lead KITA 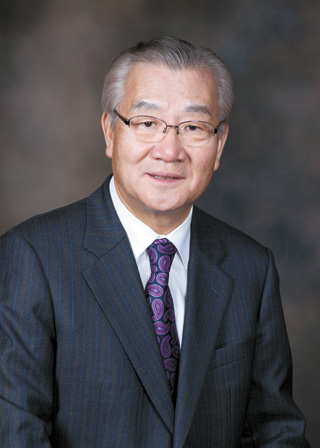 The Korea International Trade Association (KITA), one of the nation’s biggest business lobby groups, will welcome a former Blue House aide as its new chairman next week.

Kim In-ho, the current chairman of the Market Economy Research Institute and former secretary for economic affairs in the late 1990s, was nominated to succeed incumbent Chairman Han Duck-soo at a CEO meeting of 14 KITA member companies on Tuesday. Kim will officially take the post when he is approved at an upcoming meeting on Feb. 26.

The nomination came as a surprise in the trade industry because Korea has several pacts to fine-tune by the year’s end, including the Korea-China free trade agreement. The nation must also decide whether to participate in the U.S.-led Trans-Pacific Partnership. Han, a former finance minister and ambassador to the United States, has been a driving force behind securing the agreements.

At the meeting on Tuesday, the CEOs agreed that Kim was a suitable candidate, describing him as “a man with broad vision for the Korean economy” and an “open-minded man with strong leadership.”

“In particular, Kim has become more involved with the Park Geun-hye government’s mid- to long-term economic strategies since last year,” said Samchully CEO Han Jun-ho. “I believe he will do a great job working through the immediate problems that the trade industry faces.”

Kim has been out of the public eye lately in his role heading the economic think tank, but analysts say his nomination is due to his close relationship with Finance Minister Choi Kyung-hwan.

Kim, 72, passed the national civil service exam in 1966 after graduating from law school at Seoul National University and spent most of his civil service career on the Economy Planning Board, a former entity under the Ministry of Strategy and Finance. He is known as a strong believer in the market economy and specializes in macroeconomics and national economic policy.

Kim has been a key decision maker in many crucial economic reforms, from finance to trade policies.

In the Roh Tae-woo administration, Kim participated in the Uruguay Round negotiations with the World Trade Organization and was a leader in setting out economic cooperation models with Pyongyang.

These experiences landed him his post as the Blue House’s presidential secretary for economy and finance in 1997 under the Kim Young-sam administration, which was when Kim built a close relationship with Choi, who was his secretary.

During the Asian financial crisis, Kim was charged by the prosecutor’s office for being unrealistic in his reports to President Kim on Korea’s financial situation, but he was cleared in 2004.