Singer back with ex-girlfriend

Singer back with ex-girlfriend 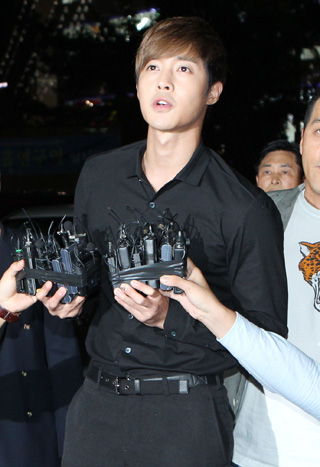 Singer Kim Hyun-joong has reunited with his former girlfriend and he will soon become a father, according to an exclusive report in the March edition of Woman Sense, a monthly magazine.

The magazine reported that Kim recently reconciled with his former girlfriend, surnamed Choi, who sued Kim for assaulting her in August.

The magazine quoted a close friend of the two who told Woman Sense, “Choi is 10 weeks pregnant.”

The due date is known to be around September.

The close friend continued, “After the [incident], Kim deeply apologized to Choi and they got together. They are currently discussing how to raise the child because Kim has not completed his mandatory military duty yet.”

Kim, a former member of K-pop boy band SS501, recently released a new album in Japan and has been promoting it there.