Hani to debut as a ‘virtual girlfriend’

Hani to debut as a ‘virtual girlfriend’ 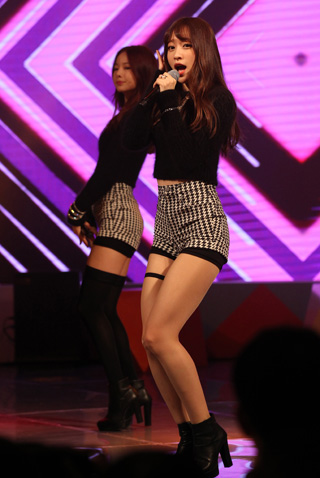 Hani, a member of the girl group EXID, will appear as a guest on the reality TV show “Dating Alone,” according to its broadcaster JTBC. In it, the program’s four male hosts go on virtual dates with virtual girlfriends played by female celebrities.

Hani will serve as a virtual girlfriend in upcoming episodes.

Episodes featuring Hani will hit the air on March 14.

The program is targeted at young people in their 20s and 30s who have given up on building relationships as they struggle to overcome a dire unemployment rate and soaring housing costs.

The TV show also aims to give its male viewers a glimpse into the female psyche: The program’s virtual girlfriends eliminate the male hosts one by one until only one man is left standing.