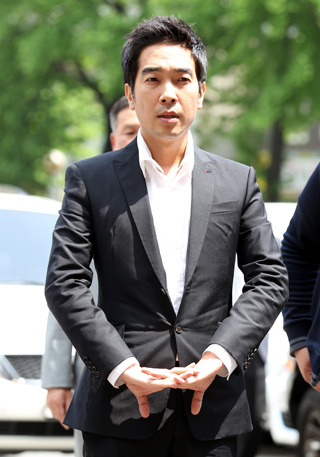 Entertainer Ko Young-wook is scheduled to be released from prison on July 10, according to multiple sources in the Korea Correctional Service (KCS).

Ko was sentenced to 30 months in prison in December 2013 for sexually assaulting three teenage girls from July 2010 to December 2012. He lured minors over to his studio by saying that he would assist the teenagers, who aspired to break into the entertainment industry.

The original sentence ordered Ko to register as a sex offender for five years. After his release, he will be required to wear an ankle monitor for the next three years, and his address, photograph and detailed personal information will be sent to households with children.

“He’s served his prison term without causing trouble. His family and acquaintances also sometimes visit him,” a KCS official said.

Ko is currently staying in Anyang Prison in Gyeonggi.

The 39-year-old TV celebrity debuted as a member of the dance group Roo ‘Ra in 1994 and appeared in variety TV shows until he was put behind bars.