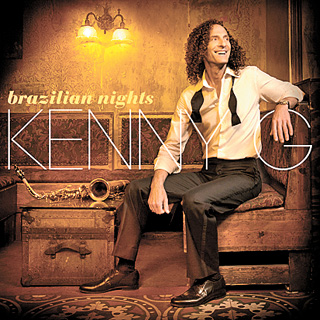 
The biggest-selling instrumental artist of the modern era is recognized worldwide - particularly in China - for his smooth saxophone skills and trademark mop of curly hair. Sure, he’s long been a punch line for “South Park’’ and musical purists, but generally laughs off criticism with his own self-deprecating humor.

Now the 58-year-old artist, born Kenneth Gorelick, hungers for a certain cachet beyond platinum plaques. He’d like tunes from his latest album, “Brazilian Nights,’’ mixed in on traditional jazz radio between the likes of Stan Getz and Miles Davis.

“If they don’t play this, it’s only because they must not like me and what they think I stand for,’’ Kenny G said in an interview, referring to station programmers. “This is traditional jazz. It’s played very authentic, and I did my homework. If they listen and go ‘ugh,’ then they’re not listening to it. They’re just looking at my face and going ‘ugh.’’’

The album released last month features covers of bossa nova standards like “Corcovado’’ and “Girl From Ipanema,’’ along with several of Kenny G’s own compositions, including “Bossa Real.’’ AP