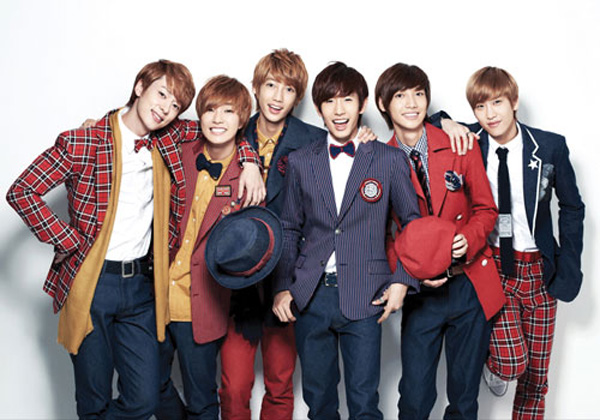 The K-pop boy band Boyfriend is set to go on its first Latin American concert tour in May, according to Starship Entertainment.

The group’s agency said Wednesday that Boyfriend will begin its “2015 Latin American Tour - Bewitch” on May 1, with the first concert to be held in Brazil.

The boys will then head to Argentina on May 3, Mexico on March 8, and Bolivia on March 10.

“After their first successful solo concert in Seoul last November, the boys have since received numerous requests for performances overseas,” an official from Starship Entertainment said.

“They received the most requests from Latin American countries,” the source added. “We didn’t plan to have a concert in Argentina in the first place but decided to add one more after the outpouring from fans there.”

The group broke into the music scene in 2011 with its digital single “Boyfriend,” before topping the music charts last year with its recent mini-album “Bewitch.”