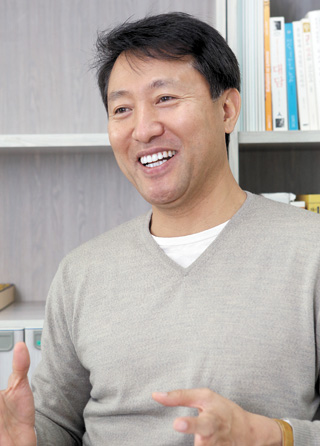 
Oh Se-hoon recently returned to Korea from Rwanda and Peru, where he stayed for six months each.

It has been already three and a half years since the former Seoul mayor stepped down after fiercely opposing the free school lunch program.

Still, the debate over welfare has continued to rage here.

He was right in his foresight that the country would experience deficits from unconditional welfare benefits. However, when he sat down for an interview with the JoongAng Ilbo, Oh only wanted to discuss his year overseas, not politics. The following is an edited excerpt:

Q. Why did you live abroad for a year?

A. As one of the mid- to long-term advisers to the Korea International Cooperation Agency (Koica), I stayed in Peru for six months and Rwanda for another six months.

The mission was intended to teach developing nations how Korea has become so economically advanced in such a short period - the Knowledge Sharing Program, as it was called.

I passed on knowledge about local government administration while staying in the capital cities of both countries. I also participated in the training program for senior government officials and programs to strengthen human resources capacity.

These countries seem to be developing nations, but actually they are the ones that we must flatter because Peru, for instance, is a resource powerhouse that has mass oil, natural gas and tin reserves. Its economy is just beginning to grow, with a $6,000 per capita income.

Rwanda is impoverished. It does not have mineral resources, it’s small and its education level is low. However, it has great leadership.

While the water is disconnected and the power is often out, it has built a nationwide broadband network. It is such a reverse in thinking. Because of this, it’s attracting foreign investment. I desperately felt that Korea must actively expand overseas in future business dealings. And assistance is also another industry.

Assistance is also another industry? What does that mean?

To put it simply, it’s considering the image foreigners have of Korea. When the Korea Trade-Investment Promotion Corporation conducted a survey using 17 terms and asked respondents which reminded them most of Korea, “rapid growth” was cited most, followed by “cutting-edge technology.”

On the other hand, “design” came in 12th, while “contributions to international society” ranked last.

This shows that Korea experienced rapid economic growth over a short time, but does not help others. The problem is that this national image directly becomes the national brand, and that closely affects economic activities.

So are you claiming that Korea must be active in providing foreign aid?

Of course, foreign aid is good. However, we cannot go into debt to assist the international community. So the answer is people. We need to send our manpower abroad. We need to increase this work force - such as bumping mid- to long-term advisers to Koica up to 10,000. They can build dams and construct power plants in Central and South America and Africa and pass on this knowledge. They can be at the forefront of improving our national image and become the regional experts.


Killing two birds with one stone?

Those advisers can spearhead aid, but also works as a foothold for Korean companies to advance into Central and South America and Africa.

There are not many Korean companies that have ventured into these countries, except for mobile phone and home electronics makers. While we do nothing, China has already taken control of these areas little by little. The advisers must be experienced veterans with the passion of a young man. Dispatching advisers to these countries could also result in job creation.

The debate over welfare has been heating up lately.

Some try to cultivate my image as an opponent to welfare, but that is misleading. In Seoul’s municipal budget, welfare only accounted for 15 percent when I first started my term, but after five years, I raised it to 25 percent. After all, welfare and foreign aid have the same principles. Aid must assist developing countries while being sustainable, not be a one-off payment.

Likewise, welfare that increases dependency and weakens independence is a mistake. A typical success story is the Hope Bankbook business, which helped those in extreme poverty to start saving money. At the time, even the Lee Myung-bak administration earmarked the cause. We need to give our people this kind of welfare. If we give out welfare for political reasons, or just for the numbers, it will fail.

Do you agree with President Park Geun-hye’s view that welfare should be expanded without a tax hike?

I am personally opposed to increasing taxes. When it really comes time to raise taxes, everything changes.

It is obvious that there is tremendous confusion on who should be subject to a tax increase and how it should be implemented. Backlash against it will follow.

Establishing an official welfare system should come before raising taxes. There should be a road map for how to increase welfare over the next 10 years, eliminating redundant elements. Then lawmakers can talk about raising taxes according to those plans.

Due to your neat and handsome appearance, some people think you are a snob.

There are so many misconceptions about me. I would like to be evaluated on my work.

What about returning to the political scene? Do you think you will run for reelection?

I will not run for re-election. I think I have completed my role after serving as Seoul mayor for five years. I just want to fulfill my political and social responsibility as a public servant.