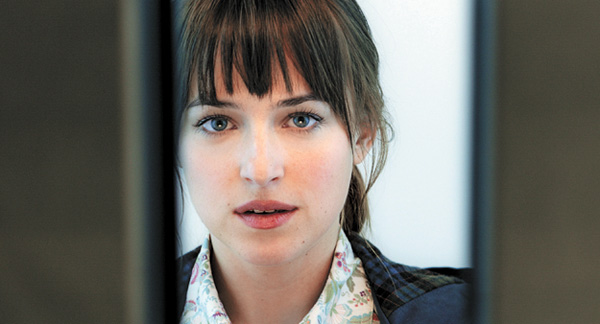 After the two consecutive weeks at the top of the U.S. box office, “Fifty Shades of Grey,” based on the book of the same name that took its inspiration from “Twilight” fan fiction, is set to hit theaters in Korea.

The provocative story unfolds in Seattle when Anastasia (Dakota Johnson), a senior college student, goes to interview entrepreneur Christian Grey (Jamie Dornon). Awed by his intelligence and success, Anastasia quickly becomes smitten but ultimately believes he is too much for her. But when Christian appears at the hardware store at which she works, they end up exchanging phone numbers under the guise that she needs to photograph him for the newspaper.

They soon meet up again at Christian’s hotel, and after the photo shoot finishes, the charming entrepreneur asks her if she is in a relationship. Finding out that she is not, their passionate love affair begins.

The film has so far seen a high reservation rate. 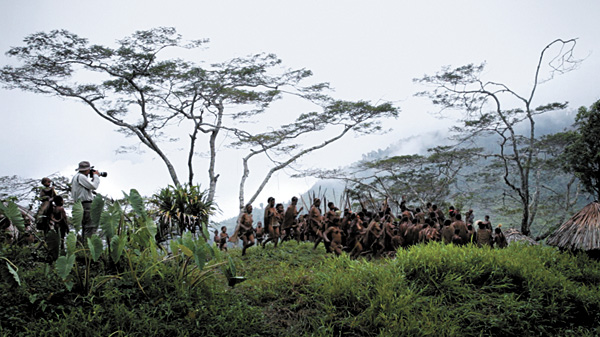 The film describes the journey of Brazilian photojournalist Sebastiao Salgado who has spent the past 40 years traveling the far reaches of the globe.

An economist at the International Coffee Organization, Salgado’s journey begins when his wife presents him with a camera, an event that convinces him to abandon his comfortable life and find work as a photographer.

After traveling through hundreds of countries, the protagonist falls into a deep despair. And the wars, famine and poverty that he has carefully documented for so long begin to weigh heavily upon him. The sense of frustration leads him to doubt human nature and humanity itself.

After retiring, Salgado returns to Brazil and works to plant trees to restore a part of the Atlantic Forest. The result surprises him. The barren mountainside comes to life over the next decade, leading him to start a photography project called Genesis, which expands upon the intersection of civilization and nature.

“The Salt of the Earth” won the Special Prize at the Cannes Film Festival in 2014 and was nominated for the Academy Award for Best Documentary at the 87th Academy Awards. 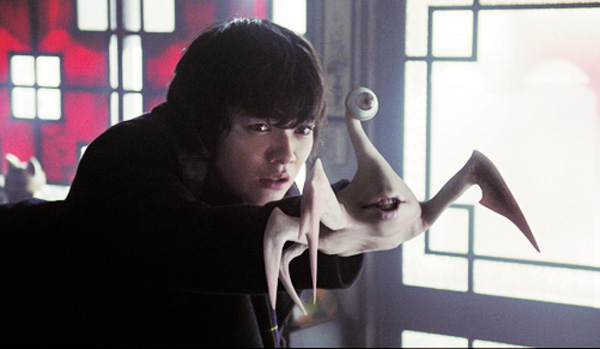 The original comic book “Parasyte” has engaged fans for more than 20 years since its first release in 1988. The series was first adopted into a drama and an animated film, though this is the first time it will be presented as two live-action films.

The story unfolds in Tokyo when Shinichi Izumi (Shota Sometani) discovers that a worm-like alien called Parasyte is residing on his right hand.

Shinichi is startled by the creature, which calls itself Migi and confides that he and other Parasytes have come to Earth to conquer and colonize the human race.

Migi hints to Shinichi that if a Parasyte enters the human brain through one’s ear, it can gain control. Yet, the alien fails to enter the protagonist’s head because he consistently wears headphones. Coincidently or by fate, a series of murder cases are reported, and Migi informs his host that the Parsytes will soon take over the earth.

When Shinichi comes under attack by other Parasytes as he attempts to report these horrifying truths to the authorities, he and Migi team up to save the planet.

Japanese Director Takashi Yamazaki, known for “Stand by Me Doraemon,” takes the megaphone on this project.

Joseon Dynasty (1392-1910) detective duo Kim Min and Seo Pil return to the silver screen after four years in this film, the sequel to “Detective K: Secret of the Virtuous Widow.”

In this installment, the story begins with Kim Min (Kim Myung-min) having been exiled to a remote island, where he lives with his sidekick, Seo Pil, and slave Da-hae.

When Pil tells Min that forged silver bullions are causing an economic crisis within Joseon and Da-hae begs him to help her find her sister - who has been missing for months - Min starts to believe that there may be a link between the two situations.

So he engineers an escape plan to find out who’s really behind the biggest corruption scandal of the era.

When sexy femme fatale Hisako (Lee Yeon-hee) appears just as the detective duo are about to uncover the man behind scheme, Min assumes she could be the key to unlocking both mysteries. 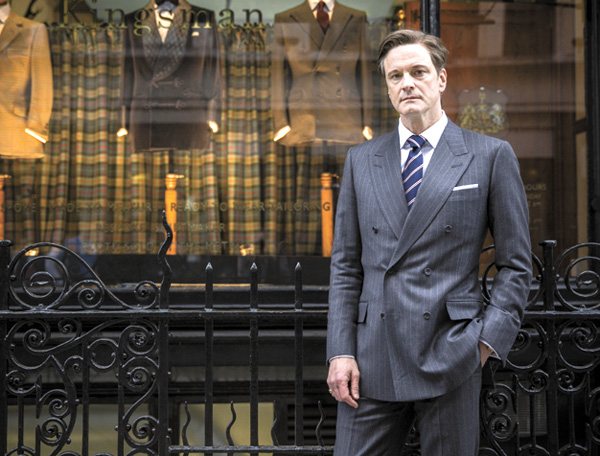 Eggsy discovers that Harry is a spy for the elite Kingsmen group - just like his late father was - and that he gave the medal to Eggsy after his father died.

Roxy and Eggsy, meanwhile, detect a hidden member whom Valentino has implanted in the Kingsmen.

“A Matter of Interpretation,” which won the Best Picture Award from the Seoul Independent Film Festival, is an enjoyable tale that provides two interpretations of what it means to dream.

The story begins when unknown actress Yeon-shin (Shin Dong-mi) runs off stage, too tired to confront the reality that nobody ever comes to watch her perform.

An unbelieving Yeon-shin confides in him about a dream she had the night before and comes to realize that his analysis makes sense despite her
expectations.

As the conversation is about to come to an end, the scenes from her dreams begin to manifest, and reality and the dream world intertwine.