Uber tries to win over city of Seoul with freebies

Uber tries to win over city of Seoul with freebies 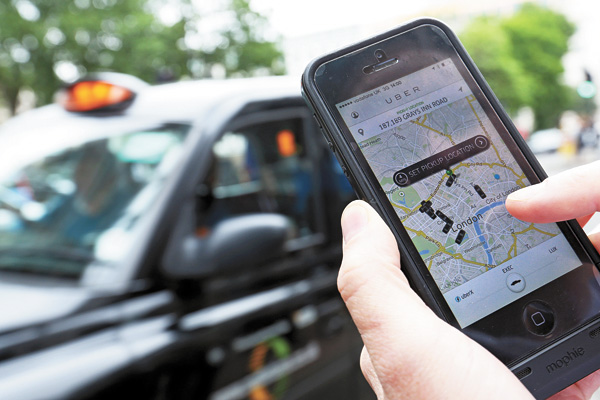 Uber, the app-driven taxi service, is now offering totally free rides in Seoul to try to get the city government to accept the brave new world of a “sharing economy” that companies like it and Airbnb are pioneering.

Since Wednesday afternoon, drivers for the Uber X service, one of its three services, deactivated their meters and gave rides to customers for free.

Uber Technologies Korea said it would compensate the drivers for each fare. Uber X is the service run by local drivers who don’t have taxi licenses and use their own personal cars.

“We are basically reaching out for reconciliation with the Seoul government,” a spokeswoman for the Korean arm of the controversial American cab service told the JoongAng Daily Thursday.

The company did not disclose the number of free rides given since the announcement was made a day earlier.

Many cities around the world are struggling with whether to accept Uber and its disruption of decades-old licensed taxicab systems.

Uber Korea said in a statement the decision was “to reduce the negative impact on its drivers and driver partners, especially to protect them from an anti-ridesharing ordinance by the city that rewards people for reporting drivers to the police.”

The Seoul Metropolitan Government on Jan. 2 designated all Uber services illegal and offered a reward of up to 1 million won ($911) per case to so-called “Uparazzi” - a portmanteau of Uber and paparazzi - or citizens who reported Uber drivers by sending in photos of them.

Drivers who were prosecuted were to be subject to prison terms of two years or shorter or fines of a maximum of 2 million won. Uber Korea has been paying part of the fines levied on its drivers.

“We want to actively work towards a consensus, and the first step to that process is switching off the fare,” said Allen Penn, head of Uber’s North Asia operations. “We hope the city accepts Uber’s decision as an indication of our sincere desire to offer our technology to the citizens of Seoul.”

The company was more confrontational in its approach just a month earlier. It dubbed Seoul government’s move to punish Uber “a decision that is far from benefiting Seoul citizens,” adding it was highly regrettable that the government was punishing Uber drivers, who are also Seoul citizens.

Uber’s change in approach to problems in Seoul came three weeks ago, when David Plouffe, senior vice president of policy and strategy at Uber headquarters, came to Seoul to propose that all Uber divers be registered by the government. Plouffe is a former adviser to U.S. President Barack Obama.

But the Ministry of Land, Infrastructure and Transport turned the proposal down.

Korea has no central registration system for taxi drivers and taxi companies, and vehicles are only supposed to register with their local governments.

The company launched Uber Black, a premium limousine service, in August 2013. At the end of last year, it launched Uber X service, which allows individual vehicle owners to work as Uber drivers. Uber Black charges a minimum fare of 5,000 won while Uber X charges a 2,500 won minimum fare. The cheaper cost of Uber X inevitably threatens ordinary taxi drivers in Seoul, for whom the flagfall is 3,000 won.

A third Uber service is Uber Taxi, which partnered in January with a local taxi company in Incheon.

Taxi drivers claimed in a group protest earlier this month that Uber would “annihilate” taxis. Uber says it offers an alternative transportation method that could upgrade the overall level of taxi service and eventually benefit ordinary taxi drivers too.