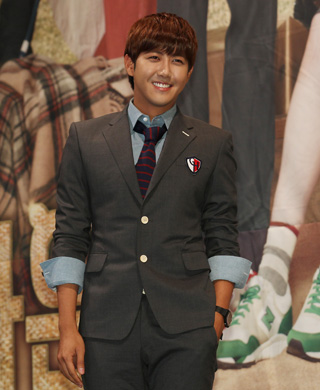 Kwanghee, a member of K-pop boy band ZE:A, is set to host “Best Secrets to Cooking,” one of the nation’s longest-running cooking shows. The program has aired now for 15 years.

According to EBS, the state-run education channel, the 27-year-old singer will replace his predecessor, comedian Yoon Hyung-bin, who has hosted the show over the past four years.

Kwanghee has already finished shooting for the first episode with him as a host, which will hit airwaves on March 2.

“I have a lot of interest in cooking,” he said in a press release on Friday. “I still don’t know much about it, but I hope to spice up the show as host.”

“Best Secrets to Cooking” starts at 10:30 a.m. Mondays to Fridays. In the first episodes, Kwanghee and a guest chef will present different recipes, including stir-fried oysters with mushrooms and a spicy chicken pizza.