Kim Gordon is more than a ‘Girl in a Band’

Kim Gordon is more than a ‘Girl in a Band’ 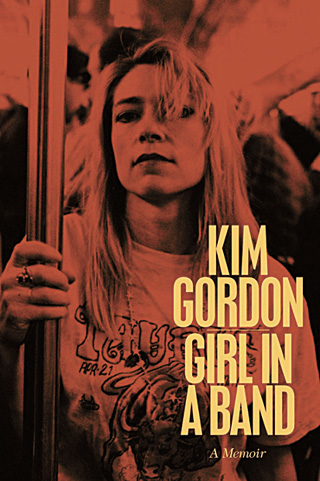 As the front woman for influential indie band Sonic Youth for three decades, Kim Gordon had a ringside seat as experimental music left the grimy clubs of New York and went mainstream with the help of MTV and Lollapalooza in the 1980s and 1990s.

Married to band co-founder Thurston Moore for 27 years, the duo seemed to have the perfect rock-star marriage - until it unraveled in 2011, devastating fans. In her memoir, the seemingly unflappable Gordon, known for her cool gaze and electric onstage presence, details how the relationship became strained and the pain she felt as Moore started an affair with another woman. “It’s hard to write a love story with a broken heart,’’ Gordon says about her early days in New York.

Gordon grew up in Los Angeles, Hawaii and Hong Kong as her father took various academic jobs, along with a magnetic older brother whom she idolized and who was later diagnosed as schizophrenic.

Arriving in New York in 1980 after art school, Gordon quickly became immersed in the art world and punk scene at a time when Basquiat was still tagging tenements and the Mudd Club and CBGB were just getting started.

She fell in love with Moore soon after and they started Sonic Youth, touring the country and logging time on college radio. Gordon writes of the band’s growing success with a dryly cerebral eye, recounting with exasperation how the only question British reporters asked her during an early tour was ,“What’s it like to be a girl in a band?’’

She had a daughter, Coco, with Thurston in 1994 and kept touring and making videos while pregnant and raising the toddler. Meanwhile, Gordon kept up active side projects as a visual artist, creator of the X-Girl clothing label and actor with small roles in movies, including Gus Van Sant’s “Last Days’’ and Olivier Assayas’ “Boarding Gate.’’ More recently she’s had roles in “Gossip Girl’’ and “Girls.’’

Gordon has high praise for artists she admires such as Kathleen Hanna of Bikini Kill and details the kinship she felt with Kurt Cobain before his suicide in 1994. But she has harsh words for others like Courtney Love, whom she labels as manipulative, and singer Lana Del Rey, who she says “doesn’t even know what feminism is.’’

Those looking for a postmortem on Gordon and Moore’s marriage won’t be disappointed in the memoir, which is bookended by a dissection of how the relationship came to an end. But the more vivid scenes that Gordon paints are the thrills in the 1980s when Sonic Youth came together in the hot bed of creativity that was New York at the time, and the 1990s when experimental bands suddenly were getting airplay on MTV and grunge was taking over, and a band like Sonic Youth could make it big - something she doesn’t see in today’s era of sanitized pop.

“Did the 1990s ever exist?’’ she wonders. “Mainstream music is just as conservative as it was back in the 1980s. Experimental music has become a genre.’’