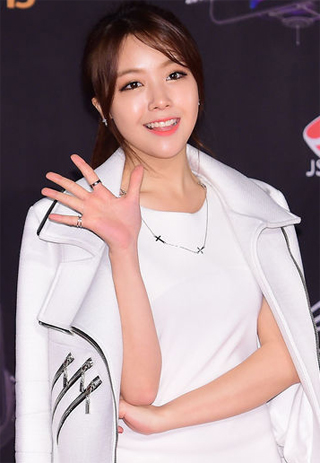 Minah, a member of the girl group Girl’s Day, and Sandeul, a member of K-pop boy group B1A4, will appear in a special episode of reality TV show “Let’s Go! Dream Team.”

In the special episode, the two K-pop stars will deliver briquettes to the underprivileged along with celebrity Sean, a former member of K-pop duo Jinusean who now is best known for his volunteer work and charity donations.

Along with Minah, Sandeul and Sean, more celebrities and ordinary viewers of the show will participate in the charitable work by delivering briquettes, which are used as fuel by people who cannot afford to use boilers to heat their homes.

Since the show is a sports show in which celebrities join teams and compete with each other in various sports, Minah and Sanduel will engage in games using briquettes.

Shooting for the special episode is scheduled on Saturday, and it will hit the airwaves later this month.