Shinhwa at it again with 12th album

Shinhwa at it again with 12th album 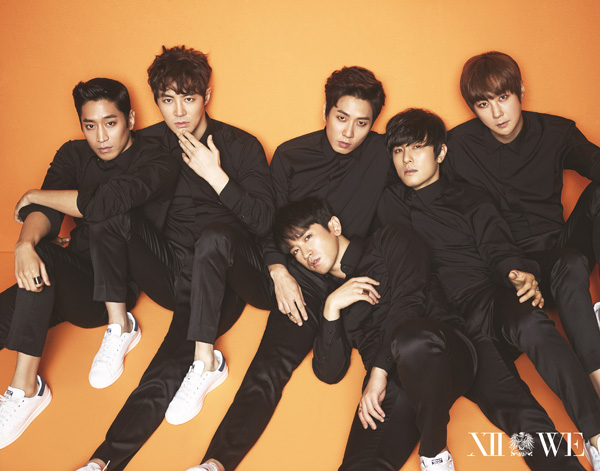 Shinhwa came back with its 12th studio album. From left: Eric, Jun Jin, Lee Min-woo on the laps of Andy, Kim Dong-wan and Shin Hye-sung. [Provided by Shincom Company]

No boy or girl group has been working as hard or for as long as Shinhwa, a first-generation boy group that broke into the music scene in 1998.

The six-member K-pop act has been performing for the past 17 years and has released 12 studio albums, including its latest “We,” which was released on Thursday.

Having 12 regular studio albums in the bag is quite uncommon in the country’s music industry because almost all singers now release digital singles or mini albums with just two or three songs. Just like its name Shinhwa, which means myth in Korean, the group has set mythical records in the music industry where trends and groups come and go quickly.

Over the past 17 years, the pretty teenage boys grew into men and are now in their late 30s, while most of their peers who debuted around the same time have disbanded. 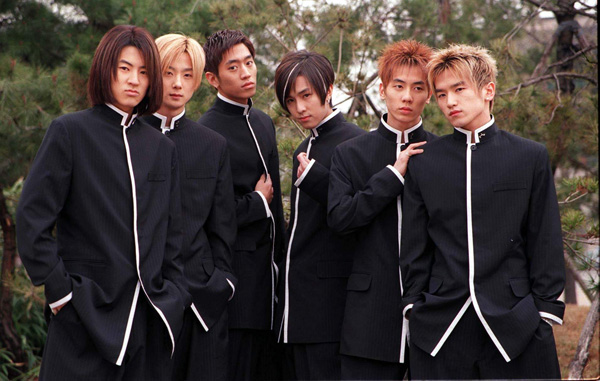 Shinhwa is Korea’s longest-running boy group. It made its debut in 1998 and captivated fans with its fierce, synchronized dance moves. [JoongAng Ilbo]

But Shinhwa has kept performing together despite the ups and downs. And their trademark fierce dance moves never let their fans down.

For the release of its 12th album, Shinhwa sat down for an interview, which began with an apology from Andy for when he was caught gambling illegally in 2013.

“I’m sorry for causing trouble but I’m also thankful for [the Shinhwa] members who’ve been by my side.” As he spoke, Jun Jin silently held Andy’s hand under the table.

Here are the excerpts.

Q. How does it feel to release an album after a year and nine months?

A. This album is more meaningful than anything else because [Lee] Min-woo produced the whole album. (Jun)


The album is titled “We.” Does it mean something special?

“We” literally means us, but it also includes our fans. We’re recruiting a new batch of official fan club members with the release of this album. (Eric)

Can Lee introduce this album?

I tried to put all the things I’ve learned while I’ve been performing with Shinhwa into this album. And I’m happy with all 10 tracks as a producer. (Lee)

“Sniper” is co-produced by Jackson and [British dance pop duo] London Boys. In the beginning, “Sniper” was not even included on this album, but we got the song later and we all thought it had to be a title track as soon as we listened to it. Jackson composed [our previous hits] “This Love” and “Venus,” which brought us the most awards so far. (Lee)

On “Sniper,” what kind of dance will you perform?

When you are singing and dancing for 17 years, you are bound to have fewer choices when it comes to choreography. When we released “This Love” [the title track from the previous album], we had just a few options and decided to be experimental but fans loved the dance. This time, we tried to add something new while keeping our own identity. (Eric)

The ninth track titled “Memory” is dedicated to your fans.

The lyrics are not obviously telling about [our feelings for our fans] but there is one sentence which struck me. It goes like this: “Your voice wakes me up.” Fans are the only ones who make me feel like a singer. I still sometimes ask myself, “Am I a singer?” but I know who I am whenever I hear the cries of fans. (Kim Dong-wan)

Every singer has his or her own way of gauging success when they release a new album. What are yours?

We’ve already reaped success because we were able to come this far as Shinhwa. (Lee)

We topped music charts and received top honors from many music festivals. For me, success is promoting this album until we wrap it up without a hitch. (Eric)

This question makes me think about the day when we released our very first album. The first album didn’t work out but the second album became a hit, and that album made it possible for us to stay together as Shinhwa for this long. (Andy)

You are the longest-running boy group. How do you compare your early days to now?

When we were newbies, we tried our best without knowing why. But now I know what I am doing, why I am doing it and how I get the best outcome. And I kind of became more relaxed than before. (Jun)

You are all approaching your late 30s. For how long will we see you dancing on stage?