Photos give a rare look at 1900s Seoul

Photos give a rare look at 1900s Seoul 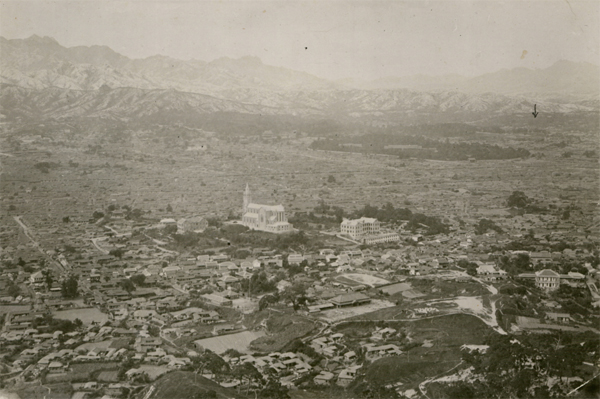 This undated photo shows a panoramic view of Seoul. Myeongdong Cathedral can be seen, and in the right corner of the photo is a small arrow pointing to Pek Dong Abbey. Provided by the museum

Missionaries were among the first to get a glimpse into Korea, which was largely a mysterious land to foreigners due to its closed-door policy until the late 19th century.

And their account of Korea was a valuable source for understanding this little-known country in northeastern Asia.

The Seoul Museum of History has published a collection of photographs taken by early missionaries in Seoul, the museum announced on Feb. 16.

Titled “The Benedictine Congregation of St. Ottilien Photography Collection on Seoul,” the book introduces 116 photographs taken by the missionaries at Pek Dong Abbey in Seoul. The photos are from between 1909 and 1927.

Pek Dong Abbey was Korea’s first vocational school that operated from 1910 to 1923 and trained 465 artisans during that period. It was set up by missionaries from the Benedictine Abbey of St. Ottilia in Emming, Germany. 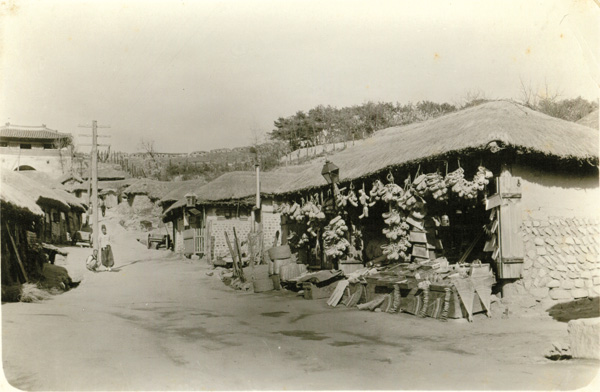 This photo shows the inside of Hyehwamun, or Hyehwa Gate (also known as Dongsomun or East Small Gate). Shops are seen sellin?g new shoes, apparently for travelers. Provided by the museum

“Missionaries of the Benedictine Congregation were keenly interested in Korea’s language, culture and arts and amassed many materials,” said Choi Hyeong-soo, the museum’s researcher. “And the collection at the Benedictine Abbey of St. Ottilia includes many folk items and photographs [of Korea].”

The Seoul Museum of History and the Benedictine Abbey of St. Ottilia have been working together closely and the Seoul museum has been investigating Korean artifacts kept at the German abbey.

Last August, to celebrate Pope Francis’ visit to Korea, the museum held an exhibition titled “Ode to the West and East Small Gates,” where 34 Korean relics from the German abbey were exhibited to the Korean public for the first time.

Separately, the Seoul Museum of History received about 5,500 photographs from the Benedictine Abbey of St. Ottilia, in digital form, and has been sorting through them.

Officials selected some the most important photographs to be published in the book.

“The photographs of Seoul kept at the Benedictine Abbey of St. Ottilia included many that haven’t been revealed to public yet or are rare,” Choi explained, “which makes them valuable academic materials that will help us understand the city of Seoul at that time.” 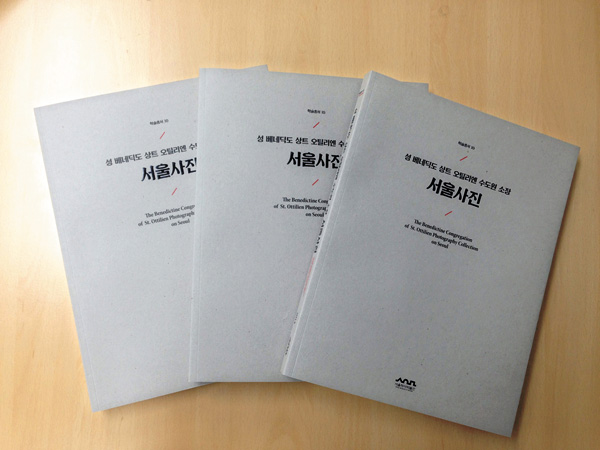 “The Benedictine Congregation of St. Ottilien Photography Collection on Seoul.”

One photo, an undated panoramic view of Seoul, shows Myeongdong Cathedral. The cathedral was built in 1898, so the photo was taken some time later. In the right corner of the photo is a small arrow, which points to the location of Pek Dong Abbey.

There are also photographs taken inside Hyehwamun, or Hyehwa Gate (also known as Dongsomun or East Small Gate). Officials at the museum point out that it is very rare to find photos taken from inside the gate, adding that the shops with bundles of shoes dangling from the roof, apparently marketed toward travelers, are scenes that are hard to find evidence of today.