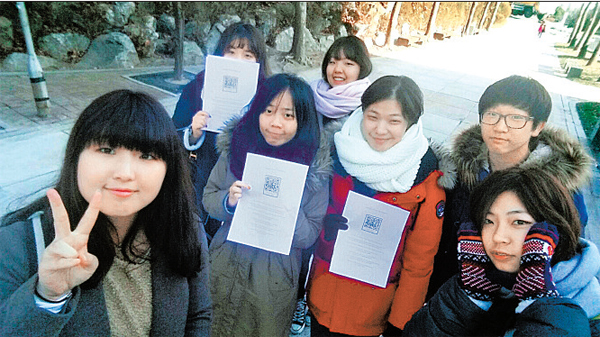 Jeong Chae-rin, who will be a sophomore at Kyung Hee University, was embarrassed when she brought a foreign friend to a Korean restaurant last August in Myeong-dong, central Seoul.

The names of Korean dishes on the menu were badly translated into English. Jeyuk-bokkeum, or stir-fried pork, was described as “Stir the sixth.” Sujeonggwa, persimmon punch, was called “Modifications and.”

When queried, the restaurant owner admitted that he had relied on Google Translate when drawing up the English menu.

“It embarrassed me because the restaurant is well known to tourists,” Jeong said. “But their English usage was totally incorrect.” 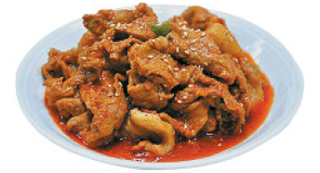 Jeong talked about the experience with her classmates and one of them suggested a project: correcting faulty English translations of Korean dishes on restaurant menus. They selected 91 popular Korean dishes served at restaurants in Myeong-dong and Itaewon, popular hangout areas for foreigners visiting the capital. Those dishes were classified into seven categories such as rice, soups and stews.

Over two months, Jeong and her classmates created a dictionary and started a blog called “Korean Food Dictionary.” All of the dishes on the blog were listed with pronunciations, names and descriptions in English. The team also requested Google to address the incorrect translations of food items coming through on Google Translate.

The inspiration for the project was a class being taken by Jeong and her friends called “Civic Education.” The class, run by Humanitas College of Kyung Hee University, requires students to get involved in social problems using critical thinking. About 5,000 students take the class every year. “Civic minds are nurtured in a way to find solutions to social problems,” said Kim Yun-cheol, who teaches the class.

The class has inspired around 1,000 projects in the past. Last year, Lee Chan-gi, a physics major in his freshman year, brought the snack packaging issue to public attention, in which manufacturers were found to be pumping nitrogen into snack bags, which made them seem more substantial than they really were. He asked the Ministry of Environment and the National Assembly to amend a law.

In 2013, students from the class drew the attention of the Seoul Metropolitan Government by pointing out that bars were short-selling customers on draft beer. The city government made bars use new pitchers with more clearly marked volumes. “Thanks to this class I believe that society is moved by citizens for the first time,” Lee said. “When we participate in and take action on social problems, the world will change.”