A carnival, the Chinese way

A carnival, the Chinese way 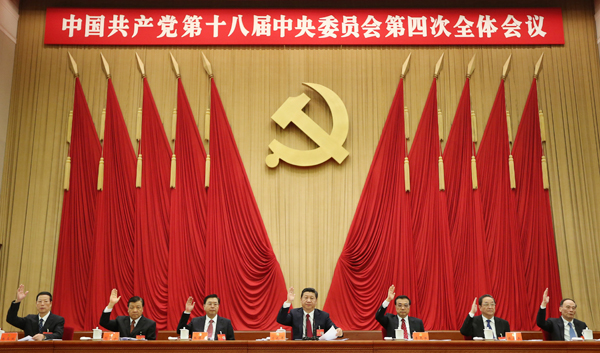 The Chinese Communist Party is raising its voice again. On Feb. 25 it declared it would maintain readiness to strike against corruption violations, an anti-corruption campaign that has continued for three years.

A deputy chief editor of an economic media outlet in China calls this “the most powerful anticorruption campaign in the history of China.” And he isn’t exaggerating. Last year, 71,000 Chinese officials were prosecuted for bribery and other charges. The most notable of these was Zhou Yongkang, a former member of the Politburo Standing Committee who was charged with trading power for sex and money.

Zhou’s corrupt activities were absurd and extreme. He and his relatives and friends took bribes that added up to 16 trillion won ($14.5 billion), while cash worth 35 billion won was found and confiscated from the home of a high-ranking official at the Energy Ministry. Another official was caught for giving favors to businessmen in exchange for sex with minors. Party executives were found to have
engaged in sexual relations with a female anchorwoman at a state TV broadcaster.

According to a piece in The Guardian, aristocratic fiefdoms have returned to the financial bubble era in China. This is an interesting interpretation. Corruption and sex scandals reveal a peculiar link between medieval times and the modern world. Financial experts also acknowledge the similarities. Late economic historian Charles Kindleberger said that things will return to normal after removing corruption
and compared it to the last days of carnivals in medieval Europe.

Back in medieval times, carnivals were opportunities for mass deviation from the rules. During the carnivals, church laws and lords’ orders were suspended, and the class order was temporarily ignored.

While people enjoyed food, drinks, dancing and other entertainment, various sex scandals occurred. Kindleberger said that efficiency, frugality and rationality, the solemn theories of capitalism, are often denied during the era of a financial bubble, just as in carnivals. During carnivals, the clergy and lords were derided. During the bubble, laws and public authorities are being undermined, allowing for
much corruption.

Kindleberger explained that the order was restored after the carnival by burning the carnival king and repenting the wrongdoings that occurred during the festivities, and that the bubble ends by prosecuting those involved in scandals — exactly what is happening in the Chinese Communist Party.

Both carnivals and the economic bubble are dynamic in their natures. A crackdown on corruption would bring things back to normal and make society less dynamic. It is hard to expect rapid growth and the emergence of a series of new tycoons. Since Chinese President Xi Jinping declared war against corruption in late 2012, China’s economic vitality has been declining. Then came an unexpected side effect. Growth of China’s domestic demand is not increasing as fast as hoped. This is similar to the laid-back atmosphere of the streets of Cologne after a carnival. The ruling party’s continued anti-corruption campaign will allow the dull atmosphere to continue for longer. Not good news for Korean exporters focusing on Chinese domestic market.

*The author is a deputy editor of the international business news team at the JoongAng Ilbo.