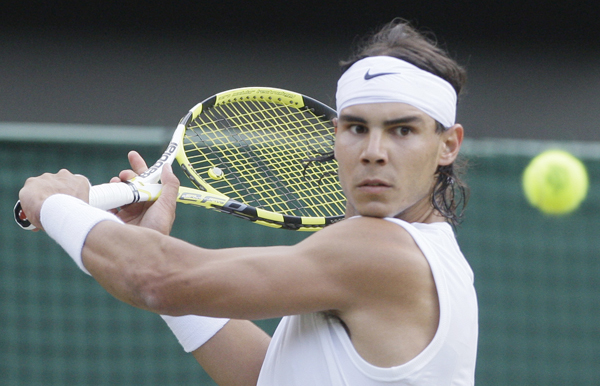 It was Nadal’s 46th title on clay, moving him within three of the record set by Argentine Guillermo Vilas when he played in the 1970s and early 1980s.

Nadal broke Monaco’s serve late in the first set to take a 1-0 lead against the 60th-ranked Argentine, then dominated the second to close out the match in 1 hour, 26 minutes.

Rain delayed and interrupted the match in Buenos Aires.

“It was a complicated day for everybody,’’ Nadal said. “Both for me and [Monaco] but especially for the fans who had to wait. We have to thank them for staying here until the end.’’