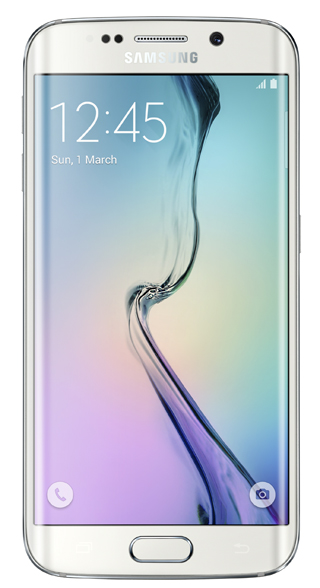 Reboots of Samsung’s top-end Galaxy smartphones, the S6 and the S6 Edge, sport all-new designs that look and feel significantly different than their predecessors.

They have ditched cheap-looking plastics for an impressive matte aluminum alloy unibody frame, accented with Gorilla Glass 4 on the front and back - a trend observed in many high-end Galaxy rivals including Apple. The S6 Edge, in particular, has a curved glass display on both sides of the phone.

The curved edges provide an immersive viewing experience and haven’t been utilized in the same manner as the Galaxy Note Edge, released late last year. The Note Edge had the curved glass display on the right side.

To support the additional screen real estate, the S6 Edge has a slightly larger battery compared to 2,550mAh on the S6.

Those edges can turn into an information strip, and users may control the phone with edge swipes. On the curved edges, a new related feature called Quick Contacts allows users to swipe a column made for one’s contacts that is shaded in different colors.

However, Samsung’s priority on beauty did come with some sacrifices. Existing features on the Note Edge - news tickers, app launcher and notifications panel - have been scrapped, only leaving behind the bedside clock feature, activated by swiping back and forth on the screen’s curved area.

The glass body, made from the toughest glass to date, according to Samsung, is available in an array of colors, such as white pearl, black sapphire, gold platinum, blue topaz and green emerald. The S6 Edge is slightly lighter and thicker than S6.

Both models come in 32-, 64- and 128-gigabyte models, which will be released April 10 across 20 countries worldwide. Details on pricing are not yet available.

Buying made easy with Samsung Pay 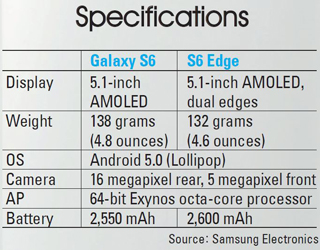 The technology reproduces signals from a credit card’s magnetic strip to work with existing retail equipment.

Samsung Pay, to be launched in the United States in the second half, also works with Near Field Communication tap-to-pay systems, authenticated with a fingerprint sensor in the phone’s home button.

Samsung has teamed up with MasterCard and Visa to make its new payment system a reality. The top smartphone producer is currently working on partnerships with American Express, Bank of America, Citi, JPMorgan Chase and U.S. Bank, among others, to bring the new service to more users.

An estimated 30 million merchant locations worldwide will accept Samsung Pay at launch, according to Samsung.

Samsung Pay also does not store credit card numbers on the user’s device and payments are secured with Samsung’s own Knox security software, considered one of the best security systems for mobile devices.

The launch comes a few weeks after Samsung and Microsoft ended a long-standing Android loyalties battle.

The three apps are preinstalled in a special “Microsoft Apps” folder pinned on the home screen, and 115 gigabytes of OneDrive storage will be provided. 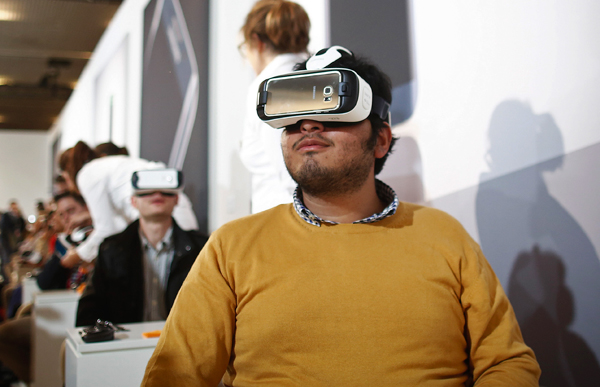 Both rear AMOLED cameras on the Galaxy S6 and the S6 Edge have been upgraded to 16 megapixels, up from 13 in the S5, and the cameras on both sides have wider apertures to let in more light and take sharper photos.

The resolution is super crisp, packing in 577 pixels per inch on the AMOLED screen.

With the new feature Quick Launch, simply tapping the Home button twice will launch the camera in just 0.7 seconds from any screen.

Both smartphones promise better focus and color accuracy, thanks to an infrared heart-rate monitor on the back of the device that Samsung explained helps the camera detect accurate lighting conditions.

At the Mobile World Congress, Samsung also took the wraps off its second stab at the Samsung Gear VR Innovator Edition, a virtual-reality accessory that works with both the Galaxy S6 and S6 Edge.

The new headset is 15 percent lighter than its prototype developed with Oculus and comes with newly designed straps. Additional ventilation has made the device more comfortable to wear in the long term.

As widely predicted, Samsung Electronics chose not to opt for Qualcomm’s controversial Snapdragon 810 chip for the Galaxy S6 and S6 Edge, likely due to claims concerning overheating.

The new phones are powered by Samsung’s own Exynos 7420, which is more energy-efficient and produces less heat than the Snapdragon 810. The latter powers many competing Android devices, including LG Electronics’ latest G Flex 2, and will possibly be used in new G4 smartphones.

Qualcomm revealed in late January that a “large company” had decided not to use the Snapdragon 810 in an upcoming flagship, in an apparent reference to Samsung.

Overheating becomes problematic when it causes throttling, which is highly noticeable when users are playing games.

The new Galaxy S6 and its cousin, the S6 Edge, can accrue four hours of battery life with just 10 minutes of charging - wirelessly.

This is 1.5 times faster than the Galaxy S5, and to reach 100 percent, it takes the S6 models just half the time of their rival, the iPhone 6.

Any wireless charging pad available in the market that supports the industry’s two standards - Wireless Power Consortium (WPC) and Power Matters Alliance (PMA) - can be used to charge the two phones. Portable charging pads can also be bought for both models.

But there is a downside that may disappoint long-time Samsung smartphone loyalists: the new products will no longer include a removable battery, a trademark for flagship Galaxy S smartphones.

Previous Samsung handsets had removable plastic backs so that the battery could be swapped with a spare.

Samsung has also thrown out its MicroSD storage, another grand selling point of its smartphones.

But the array of changes is clear evidence that Samsung has prioritized design over features that appeal to a smaller segment of its customer base.