In the tumult of post-war Korea, one man was always there

In the tumult of post-war Korea, one man was always there 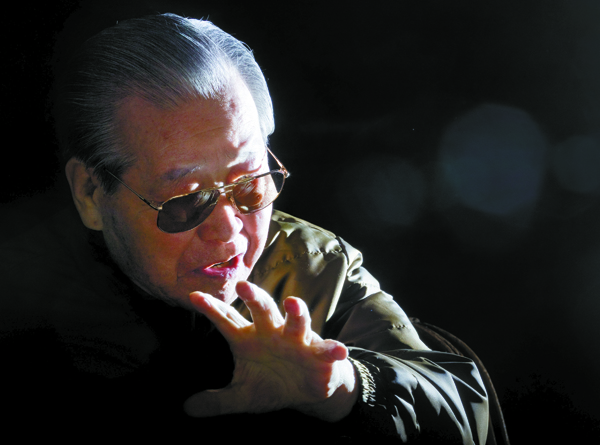 There was once a time not so long ago when Korean politicians played by rules largely dictated by The Three Kims: Kim Dae-jung, Kim Young-sam and Kim Jong-pil. The Three Kims wielded considerable influence on the Korean political landscape - sometimes as rivals or enemies, sometimes as allies - and two of the Kims went on to become president: Kim Young-sam in 1993 and Kim Dae-jung 1998.

Kim Jong-pil helped each of them clinch those presidential victories.

Though Kim Jong-pil never made it to the Blue House, he was named prime minister twice, by Park Chung Hee in 1971 and Kim Dae-jung in 1998. And few doubt the size of the boots in which he strode the political stage.

Kim retired from active politics a decade ago. At 89, he has offered his view of a tumultuous half century history of Korean politics in a series of interviews with the JoongAng Ilbo.

Beginning last October, the former political titan shared vivid glimpses of events that he either witnessed or made happen himself, many of which changed the flow of Korean history.

Kim was born in 1926 in what is now Buyeo County, South Chungcheong, to a wealthy farmer.

“Because I was born to a rich family, I did not suffer economic hardship when I was young,” Kim recalled. “But after my father’s death, things started getting difficult and I had to change my path.”

Kim dropped out of Seoul National University’s school of education and enrolled in the Korean Military Academy. He graduated a second-lieutenant and worked at the military’s intelligence bureau, where he first met Park Chung Hee.

“Park worked at the intelligence bureau as a government employee after he was discharged from the military,” Kim said. “He had to leave the army after prosecutors sought a death sentence for him on charges of being a socialist in 1949 [when he was 32].” Park was eventually convicted of following leftist ideas and sentenced to life in prison, but his sentence was commuted to a 10-year suspended prison term. Park was discharged shortly after.

Kim recalled it was Park’s meticulousness that appealed to him.

“The most important thing in your life is what kind of people you meet,” he said.

Kim was the architect of the May 16 military coup led by Park. It overthrew a civilian government set up a year earlier after the student-led April 19 Revolution that toppled the government of Syngman Rhee, South Korea’s first president. Park carried out the coup in the name of bringing an end to its ineffectiveness and corruption and getting rid of Communist elements in a country still reeling from the 1950-53 Korean War.

Kim wrote a declaration of promises to the nation after the coup in the name of the new leaders. The first promise he made to the people was to make anti-Communism the state’s No.1 priority.

“It was done to create a new set of rules by discarding old, ineffective rules of the past,” said Kim about the coup, which critics consider a grab for power by ambitious men in uniforms in brazen disregard of the Constitution or any ideals of democratic freedoms.

Supporters of Park Chung Hee, the father of current President Park Geun-hye, say he cut through the rapidly diminishing hopes at the time, changed the way the country was governed, and through intelligence, determination and an iron fist enabled it to grow into an economic powerhouse at a speed no one had foreseen.

When asked about the ongoing debate over how to define the coup on May 16, 1961, Kim brushed the question off as an irrelevance.

“It doesn’t matter at all whether it is defined as a revolution or a coup,” he said. “What’s important is that it brought about profound changes in every sector encompassing politics, economics and the society. And it produced tangible outcomes. And that is the revolution.”

Four days after the coup, Kim was named the first head of the nation’s main spy agency, the Korean Central Intelligence Agency, which is now called the National Intelligence Service.

He was entrusted with the authority to bring about a national reform under the guidance of Park, who ruled the country for 18 years from 1961 until his assassination in 1979.

Kim was the point man for normalizing diplomatic ties with Japan in return for compensation for its 36-year colonial rule of the peninsula in 1964, which sparked a wave of protests nationwide. The financial aid and loans from Tokyo laid the groundwork for Korea’s industrialization under Park. This year marks the 50th year anniversary of the opening of diplomatic ties.

“It was an extension of the revolution we had envisioned,” said Kim of the normalization of relations with Japan. “Nobody wanted to do it because they knew it would cause a firestorm of criticisms. I went to the negotiating table with the same mindset I had on the eve of the revolution - that I would put my life on the line to make it successful.”

Reports of Seoul’s reopening diplomatic ties with Tokyo in return for loans and financial aid worth hundreds of millions of dollars drew strong protests that Korea was humiliating itself. Former President Lee Myung-bak, who was then a college student, was once detained for his participation in an anti-treaty rally.

“Geographically, Korea is hanging onto the continent like an appendix,” Kim said. “I was determined to use Japan as a stepping stone to go beyond the Pacific and Atlantic.”

In 1969, eight years after the coup, Park tried to amend the Constitution to enable him to run for a third term. Kim opposed the idea.

“I raised my objection and asked him, ‘Didn’t we carry out the May 16 revolution because we wanted to set in place democracy with freedom?’ Park held my hand and pleaded with me to help him accomplish the revolution all the way through,” recalled Kim.

In 1972, Park rammed through what is known as the Yusin Constitution through which he assumed dictatorial powers. Freedom of speech and the press were denied and people who opposed government policies faced legal punishments up to the death penalty for causing social discord or putting national security at risk.

Kim was a prime minister between 1971 and 1975 but was sidelined from the formulation of the Yusin Constitution.

After the death of Park in 1979, Kim vanished from the political scene when another military man, Chun Doo Hwan, ruled the country with an iron-fist.

He came back to the center stage of politics with the restoration of democracy through direct presidential elections in 1987. That’s when the Three Kim era began.

In 1992, Kim Jong-Pil helped Kim Young-sam win the race for the presidency. Five years later, he did the same for Kim Dae-jung, who later won the Nobel Peace Prize for seeking a breakthrough with North Korea via his Sunshine Policy of engagement.

There is an irony in the fact that Kim Jong-pil helped the two Kims become presidents considering the two were both politically persecuted by Park Chung Hee. Both were staunch opponents of dictatorship.

“I told both Kims that I would make up for the hardships they suffered under Park by getting them elected for president.”

Last year, Kim decided on his epitaph looking back on his life.

It reads: “On the cusp of turning 90, a man laments that he has lived in vain for the past 89 years, but he smiles silently when people ask him whether he has achieved anything in his life.”