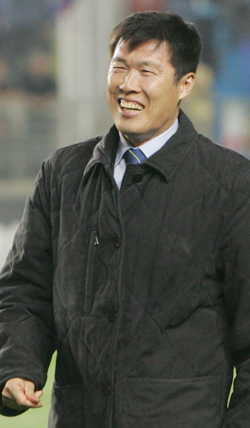 Park Ji-sung was a top performer for Manchester United and PSV Eindhoven before forward Son Heung-min rocked the global football community with Bayer Leverkusen. Paving the way for both was Cha Bum-kun, widely regarded as the best Korean footballer ever on the international scene.

Because Cha played in the pre-Internet era, it is difficult for young fans to experience his achievements, but statistics and media reports are a testament to his greatness.

Although rankings can be debated, the International Federation of Football History & Statistics chose Cha as the best Asian player of the 20th century and he was 60th in FIFA’s Player of the Century ranking. Football magazines like Kicker and World Soccer put Cha on their lists of best foreign players in the German Bundesliga .

In Germany’s top football division, Cha played 308 matches from 1978-89 and scored 98 goals, none of them on a penalty. He held the all-time scoring record for non-German players in the Bundesliga until it was broken by Switzerland’s Stephane Chapuisat in 1999.

Before his Bundesliga career, Cha was a star in Korea. After his national team debut at age 19 in 1972 ? at the time the youngest player ever selected ? his career took off.

Weekly Sports magazine offers a good look at Cha’s reputation in the 1970s. According to the magazine’s ninth issue in 1975, Cha was injured and unable to play in the President’s Cup, but as defending champion Korea had to return the trophy in the opening ceremony. It was Cha, a senior at Korea University, who was given the honor.

His most legendary performance came the following year - a hat trick in the 1976 President’s Cup match against Malaysia. With Korea trailing 4-1 with about seven minutes left, Cha scored three goals to salvage a tie.

Korea Football Association (KFA) records show that from 1972-8, Cha had 55 goals in 118 international matches, an unimaginable feat for someone in their 20s.

Not surprisingly, he was the first Korean to play 100 or more international matches and is the all-time top scorer for the national team. The KFA last year announced that Cha’s international record was 59 goals in 132 matches. He retired at age 33 from the national team after the 1986 FIFA World Cup, Korea’s first appearance in the tournament since 1954.

For older fans, Cha’s performance in the Bundesliga is what made him such a special player. Although Cha wasn’t the first Asian to play in Bundesliga in the modern era - Japan’s Yasuhiko Okudera signed with FC Koln in 1997 - he is recognized as one of the best foreigners to play in the league. 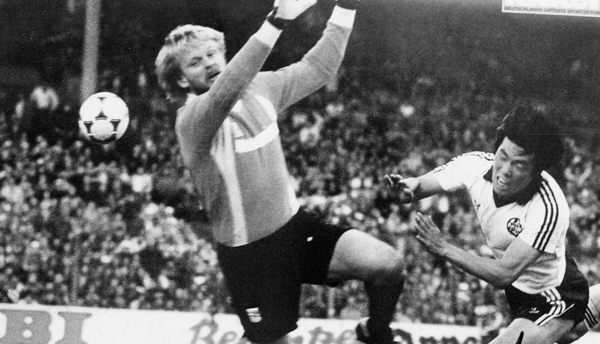 After a brief stint with SV Darmstadt, Cha joined Eintracht Frankfurt in 1979 and in his debut season had a pivotal role in the team’s first and only UEFA Cup title after beating Borussia Monchengladbach. The Hwaseong native also helped Frankfurt claim the DFB-Pokal (German Cup) in 1981 after scoring a goal in the 3-1 victory against FC Kaiserslauten.

In 2013, Cha was selected one of Frankfurt’s all-time best 11 players.

Cha moved to Bayer Leverkusen in 1983 and won his second ? and still the team’s first - UEFA Cup in 1988. Cha played a key role, scoring Leverkusen’s third goal in the 81st minute in the second leg of the UEFA Cup final to force the winner to be decided on penalties.

During Cha’s stint with German clubs, legendary Manchester United coach Sir Alex Ferguson called him “unstoppable,” while German greats like Lothar Matthaus and Jurgen Klinsmann praised the Korean’s performance. He received only one yellow card in his Bundesliga career, and his 17 goals in the 1985?6 season remain the league’s single-season scoring record for an Asian player.

Cha became coach of the K-League’s Ulsan Hyundai in 1991, but his managerial career lacked the luster of his playing days.

Perhaps the most difficult time for him was the 1998 FIFA World Cup in France. As the national team coach, he lost to Mexico, 3-1, and suffered a shocking 5-0 defeat at the hand of Guus Hiddink and the Netherlands. Cha was fired before the final group match against Belgium.

The 62-year-old later was punished by the KFA for discrediting Korean football by saying there was match-fixing in the K-League, an assertion that turned out to be true.

After spending a season with Shenzhen Ping’an in China, Cha was back in Korea as manager of the Suwon Samsung Bluewings in 2004. He won two K-League titles with the club before stepping down in 2010.

Cha, an Asian Games gold medalist in 1976, in recent years worked as an analyst on football broadcasts.

He recently joked he is now more often recognized as the father of Cha Du-ri, who plays with FC Seoul.

He has been running a youth football academy since 1990 and presented the football award named for him since 1988.

With his dynamic and energetic movements on the pitch, Cha was regarded as one of the best footballers in 1980s, but he humbly thinks he never reached the level of some of men he played with and against.

“You have to acknowledge that there is always a player who can play better than you,” he said in a 1989 interview with Sports Seoul. “I was able to be selected as one of the Bundesliga’s best 11, but I still regret that I couldn’t reach the level of Karl-Heinz Rummenigge or Paul Breitner.”