What makes a country great?

What makes a country great? 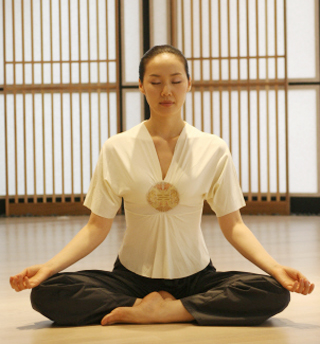 Since executives from a domestic conglomerate sat down last April to listen to his address, “DNA of Greatness: Meditation and Compassion,” the much-talkedabout event has attracted considerable media attention. The Chosun Ilbo’s weekender even featured a summary of his lecture on the front page.

“What makes a country — and a company — great?” Professor Bae asked.

He then presented his first keyword: “meditation.” A leader who can look objectively at himself by making a habit of solitary meditation can make a great company and a great nation. When I called him personally and asked about meditation, Professor Bae emphasized, “What
the Republic of Korea needs to make another ‘jump’ is meditating leadership.”

American philosopher and theologian Paul Tillich distinguished two states of being alone as “loneliness” and “solitude.” Loneliness is a state of suffering from the absence of others, while solitude expresses glory in being alone.

Professor Bae says that solitude is a necessary condition for internal exploration and growth. A person who cannot bear to be alone cannot become a true leader. There is no meditation without solitude, and enlightenment is found in solitary meditation.

The second condition for greatness is compassion. According to Professor Bae, compassion is the act of sharing the pain and passion of others. Moreover, a leader feels and acts in advance to prevent pain and suffering. Compassion is different from sympathy or pity. It is a more active and advanced concept. It is what Buddhists call mercy.

Selfish instinct and altruistic instinct coexist in the internal mind of humans. Professor Bae said that the egocentric genes that humans inherited from their reptile ancestors, who focused on selfdefense and attack, are the origin of the egocentric instinct of pursuing status,
glory, power and sex.

But humans and other warm-blooded mammals developed a cerebral neocortex and can break away from primitive passion and think objectively. There is a theory that humans think more than other animals and are more evolved with bigger brains, but in order to protect mothers, babies are born before their heads grow too big.

As a result, humans are the only mammal that cannot survive without the selfless care of their mothers. This experience subconsciously teaches children that selfless care and devotion are essential to survival. Controlling the discord between selfish instinct and selfless instinct is very important, and meditation is especially valuable here. A true and proper meditation leads to compassion, Professor Bae
argues. Compassion and meditation are not separate, but one.

Nineteenth-century American philosopher Henry David Thoreau built a simple cabin by Walden Pond in Concord, Massachusetts, where he spent two years by himself. The subsequent “Walden” was a reflection on his solitude. He praised liberty without constraints, simple living with minimal supplies and the beauty of nature as a result of solitary meditation.

Professor Bae says, “We can’t and shouldn’t live like Thoreau now. Meditation can be a habit, spending five to 10 minutes on your own and looking at yourself with a third eye, regardless of where you are.”

It’s important to distance oneself and look at oneself objectively. When meditation is expanded to compassion, it nurtures true leadership that can impact others. U.S. President Barack Obama is a notable case, he added.

In a democratic system, the success of a country depends largely on the quality of its elected leaders: Its leaders are a manifestation of the country. Leaders of a great country are devoted elites who feel the pain of others as their own and do their best to alleviate suffering. A leader’s compassion determines national status. Leadership lacking mercy and generosity cannot bring a country to greatness. What
kind of country is Korea in terms of leadership for the weak and underrepresented? Is Korea great?

*The author is an editorial writer for the JoongAngIlbo.