Chuangke generation starts up in China

Chuangke generation starts up in China 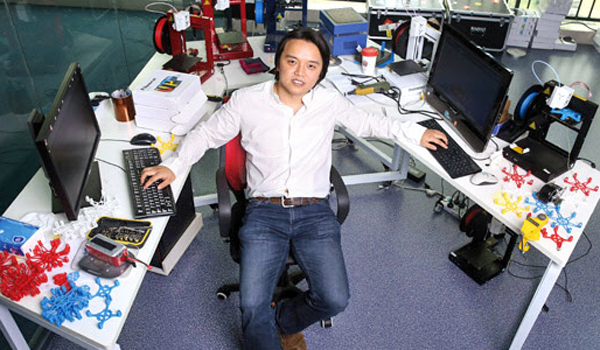 In the early 1980s, Deng Xiaoping was on an inspection tour. After visiting the special development zone in Shenzhen, Guangdong, he stopped at a farmhouse. All the old farmer had were three ducks. Just as Deng was about to leave, he heard ducks quack in the shed. The farmer tried his best to hide it, but when the shed was opened, dozens of ducks were tied up there. The farmer knelt and begged, “Please forgive me. It’s all my fault.” “Why did you say you only have three ducks when you have so many?” Deng asked. “Raising more than three ducks makes me a capitalist. I will get rid of them and leave only three.”

Deng once was called a “public enemy” as a “capitalist roader” and had been in exile in Jiangxi. He held the farmer’s hands and said, “You could have a hundred ducks. You can have more. Your farm is a great place with a stream right in front.”

The scene is from “Deng Xiaoping at the Turning Point of History,” a 48-episode television series that is in reruns after premiering last year on the state broadcaster. The series is based on the life of the former leader of China. In the early days of opening and reform in China, small stores sprang up. Most of them had no more than seven employees. Why? Because Karl Marx, in “Das Kapital,” labeled employers with more than eight workers as capitalists.

Thirty years have passed, and the Communist Party platform and national constitution define China as a country that pursues communism. Nevertheless, there are countless companies with more than 7,000 employees, let alone seven. The country that once banned having more than four ducks is now the biggest start-up nation in the world. No one bears the scarlet letter of capitalist roader.

Instead, chuangke has emerged. It is a group of young entrepreneurs who set up businesses with ideas, knowledge and technology. Civil servants and the finance and IT industry attract elites, but the trend is different from that of young Koreans competing to get stable jobs at major corporations. Chinese Premier Li Keqiang went to Shenzhen at the beginning of the year to encourage them and promised
the government’s support. Assisting start-ups and young entrepreneurs is one of the main items on the agenda of the National People’s Congress session that begins Thursday.

The Chinese economy used to be run by state companies armed with monopolistic status and huge capital guaranteed by the government. China knows very well it wouldn’t work any longer. Inefficient state-run companies have become targets of reform in Xi Jinping’s anti-corruption campaign. From now on, the entrepreneurial-minded chuangke will lead the economy. China has the most advanced ecosystem in the world for a start-up economy. A “latecomer” label does not suit China anymore.