The visible hand of prosperity

The visible hand of prosperity 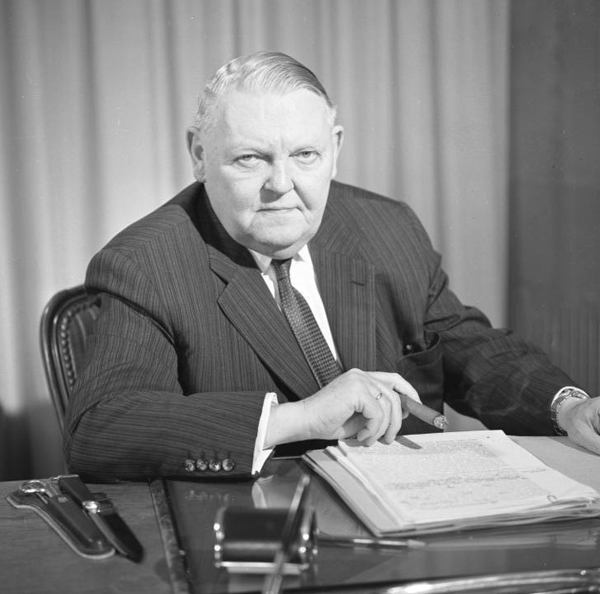 FRANKFURT — Germany has weathered the financial crisis much better than most of its neighbors. Regarded as the sick man of Europe as recently as 1999, today the country boasts the continent’s strongest economy, accounting for roughly a quarter of its exports. Its unemployment rate, at just below 5%, is half the European average. The federal budget is balanced for the first time in a decade.

But it would be a mistake to assume that Germany’s economic performance vindicates its policymaking. In fact, Germany’s current conomic dominance has been built on a policy framework that stands in direct opposition to that championed by former Chancellor Ludwig Erhard, the father of its post-World War II “economic miracle.”

In lieu of Erhard’s so-called ordoliberalism — in which the state lays the groundwork for a functioning market economy by actively managing the legal environment — the economic strategy pursued by Chancellor Angela Merkel’s government has been haphazard, driven
more by political expediency than by any underlying philosophy. Germany would be wise not to take its economic success for granted. In a time of increasing economic and political uncertainty, Erhard’s guiding principles are more important than ever.

Indeed, Germany’s policy makers seem to be stumbling from decision to decision. Instead of steering the economy, they are being driven by it, reacting with no clear sense of direction to the demands of the moment. The country’s celebrated de-carbonization is putting its industry at risk. Collective bargaining, once left to economic actors, is becoming increasingly politicized. Changes in pension policy are
boosting public spending and contributing to rising levels of debt.

At the heart of Germany’s troubles is the stubborn — and internationally widespread — idea that the economy is a large, clock-like mechanism into which the state can intervene without consequences. The increasing mathematization of economics in recent decades has abetted this development.

The central weakness of democratic systems also contributes to the problem: The quest for votes favors the extension of social benefits and discourages unpopular measures that would put the economy on a more sustainable footing. As the German economist Herbert Giersch once put it, what is politically expedient is rarely economically beneficial.

It is for this reason that a return to ordoliberalism is more important than ever. Erhard’s objective was to counter political pragmatism and activism with an orderly vision of economic and social policy. The need to take a holistic view of the economy was self-evident. For today’s social engineers and economists, this is no longer the case.

Erhard’s vision of a social market economy was a third way, an alternative to both large-scale state intervention and the risks of laissez-faire liberalism. Germany’s historical experience had demonstrated that freedom without order led to chaos, and order without freedom resulted in coercion and the renunciation of democracy.

Unguided capitalism undermined itself, according to Erhard, as monopolists cornered markets and captured the state. But the attempt to perfect life through increasingly comprehensive state intervention, until even the smallest injustices were compensated, was also bound to fail. Human society simply does not follow the rules of a termite colony; order must accommodate freedom and individuality.

The continuing relevance of Erhard’s ideas can be seen in the growing number of protest movements — strengthened by social networks — challenging the market economy and neoliberalism. Any increase in the market’s perceived legitimacy brought about by the failure of communism was temporary at best. Market-oriented policies today are seen as cold and anti-social, especially in Western industrialized countries. The paternalistic welfare state is viewed as more humane, despite the loss of freedom and the financial distortions associated with it.

Erhard was well aware of the tension between economic freedom and the democratic state. He and his followers never envisaged ordoliberalism as an unchangeable dogma, but rather as a model that could be adapted to new challenges. Erhard even attempted to adjust it to the sociopolitical changes of the 1960s, developing the concept of a “formed society,” whereby factionalism would be minimized and the state governed by consensus.

Erhard failed to gain support for this controversial idea. But, given rising inequality and growing disenchantment with politics and political parties, it addresses questions that remain relevant for representative democracy today.

As Erhard himself would have argued, ordoliberalism is not a one-size-fitsall solution. But there can be no question that in today’s globalized world, the economy — and perhaps politics as well — would benefit from the imposition of order.

No political system capable of overcoming hardship and misery can be built without first realizing improvements in the economy’s potential. That must be achieved by minimizing state intervention, bureaucracy, and privileges for the chosen few. Erhard’s guiding principle was simple: there must be guiding principles. It is an idea that remains as important as ever — in Germany and beyond.

*The author is the former publisher of the German newspaper Frankfurter Allgemeine Zeitung.