Salonga wants to be in Takei musical

Salonga wants to be in Takei musical 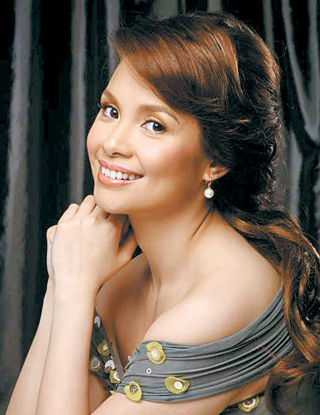 MANILA - Tony award winner Lea Salonga says talks have not yet been finalized on her joining the cast of George Takei’s musical “Allegiance’’ on Broadway, but added it is a show she wants to be part of.

The Broadway veteran played the lead female role Kei Kimura in the musical when it made its sold-out premiere in 2012 at the Old Globe in San Diego, California.

“Star Trek’’ actor Takei’s personal and heartfelt show about Japanese-Americans imprisoned during World War II goes to Broadway this fall with him in a starring role.

“Of course I’d like to be a part of it, if only to be part of something that’s very important in Broadway history,’’ Salonga told The Associated Press in a telephone interview late Monday.

But she said things were still being discussed by her agent and the show producers, so she could not say if she will be part of the musical.

“Allegiance’’ is multigenerational tale with two love stories that’s framed by a Japanese-American war veteran looking back on his family’s time in a Wyoming internment camp. Previews begin Oct. 6. It will mark the first Asian-led cast of a musical on Broadway in more than a decade, since “Flower Drum Song.’’

Salonga - the original “Miss Saigon’’ in London and New York who also starred in the Broadway revival of “Flower Drum Song’’ in 2002 - will have a concert on March 14 at the Town Hall in New York. She has also been busy as a coach in “The Voice of the Philippines’’ singing contest that ended its second season Sunday.