Veteran actors shine in ‘The Deal’

Veteran actors shine in ‘The Deal’ 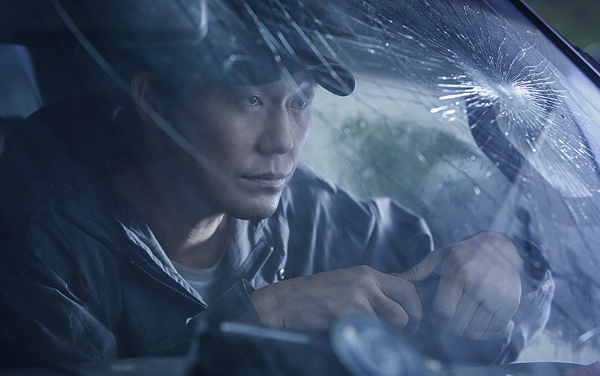 Actor Park Sung-woong stands out in the upcoming film “The Deal,” playing a serial killer named Gang-cheon. Provided by the distributor

The plot is hardly groundbreaking - the subject matter is a serial killer being chased by a detective and a victim’s husband plotting his revenge.

However, when Kim Sang-kyung of “Memories of Murder” (2003) and Park Sung-woong carry out a cutthroat chase as a detective and killer in the first half of the movie, followed by Kim Sung-kyun of “Kundo: The Age of Rampant” (2014) seeking retribution in the latter half, the film gallops forward in a palm-sweating experience for 102 minutes.

What differentiates “The Deal” from the usual crime thriller is that it is not wholly devoted to finding out who the killer is. It also outlines what happens when his identity is revealed.

Park, who plays Gang-cheon, the murderer, is easily caught by competent detective Tae-soo, whose younger sister also fell victim to the merciless killer.

Gang-cheon then receives the death penalty, the court’s highest ruling, and the film then fast-forwards three years. The criminal is still alive and looks better than ever, living off of taxes paid by citizens.

At this point, the audience will likely ponder two things.

One is the director’s attempt to raise the alarm over Korea’s capital punishment system, which is still legal despite the fact that no execution has taken place since 1997.

The other is whether there is any actor out there who is better-suited to play the ultimate evil role than Park.

Yes, there was the psychotic serial killer played by Ha Jung-woo in “The Chaser” (2008), but the baton has apparently been handed over to the “New World” star.

We witnessed Park playing the villain before in the aforementioned film, which brought him fame.

But its residual image was so strong that his later roles were subsequently affected - and not in a good way.

But in “The Deal,” the 42-year-old took it to the next level, both emotionally and physically.

He delivers a spine-chilling aura as a psychotic killer with just his facial expression and his overly muscular body.

Kim Sang-kyung is as good as always playing detective Tae-soo, who is at odds while choosing between his role as a detective and as the older brother of one of Gang-cheon’s victims.

On the other hand, Kim doesn’t stand out as much as the others, but he blends in well.

The film opens on March 12.