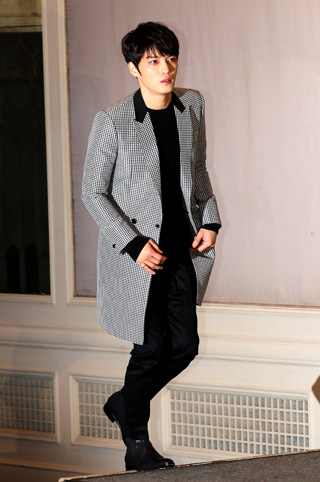 Singer-actor Kim Jae-joong will join the military on March 31, according to C-JeS Entertainment.

The 29-year-old singer’s agency said he will enlist in the army after finishing the drama series “Spy” and a fan meet event that is scheduled for March 15 in Japan.

Kim’s last official performances will be two concerts at Korea University in Anam-dong, northern Seoul, on March 28 and 29.

All seats for the concerts sold out in five minutes after the news about him joining military surfaced.

The singer, a member of the K-pop trio JYJ, is currently starring in “Spy” as the character Kim Sun-woo, who works for the National Intelligence Service.

The story unfolds when he discovers his mother worked as a North Korean spy 27 years ago and later betrayed her country after she fell in love with a man from the South.

Since Kim has been performing as a K-pop singer over the past 11 years and has large fan base outside the country, crowds of people are expected to gather to greet him on the day of his enlistment.