Weight loss for roles took a toll on actor

Weight loss for roles took a toll on actor 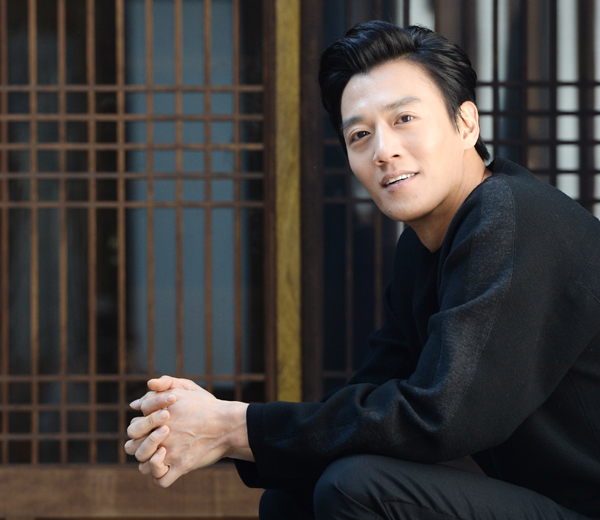 Actor Kim Rae-won’s recent transformation from the wholesome, amicable prince-charming image he is known for to an edgy and complicated tough-guy persona has not been easy — especially physically.

For Kim’s role in the gangster film “Gangnam Blues” (2015), his comeback to the silver screen after eight years away, he lost 15 kilograms
(33 pounds).

Not long after, for recently ended SBS drama “Punch,” he shifted an additional 5 kilograms to better portray the protagonist, Park Jeong-hwan, who learns he has a brain tumor and just six months to live.

Kim admits the sudden weight loss made him feel very weak and that portraying the dramatic and tumultuous life of Park was difficult.

The character — a charming, smart man — is so ambitious about climbing the social ladder that he allows himself to become corrupted in several ways. But when he finds out he’s dying, his only motive is to fight the tumor and live.


Q. Your comeback film and drama are both critically acclaimed. How do you feel about that?

A.When I was in them, I didn’t really realize how people were responding. But now I see the responses and my family are especially
thrilled.


Was it hard physically?

I had to go to the ER several times during filming [of the drama]. I also intentionally went to the hospital whenever I had time to get an IV [for energy]. But it wasn’t anything life or death.


Were there any other ways you overcame the physical challenges?

The writer [Park Gyeong-su of “Punch”] told me a lion never lets go of the tension until it dies. The saying spoke to me a lot. Watching
other actors giving it their best was also quite motivational. For instance, On Joo-wan plays an extremely vicious character but not once did he complain. I was inspired by his commitment.


The weight loss has been the focus of attention.

Yes. I lost 15 kilograms for Gangnam Blues. That physique also seemed appropriate to portray Park in “Punch,” so I didn’t try to go back. Then as filming progressed, I became so thin that I tried to gain some weight. But for some reason I couldn’t. I ate four to five meals a day, but my weight wouldn’t go up.


Critics say you’re in your prime. Do you agree?

It’s true that my attitude and values have changed compared to my early years. I truly want to act. And I want to approach the audience heart-to-heart. I want to play a character who is “human,” who people relate to and come across in their real lives. If that’s what you call “prime,” I guess you’re right.