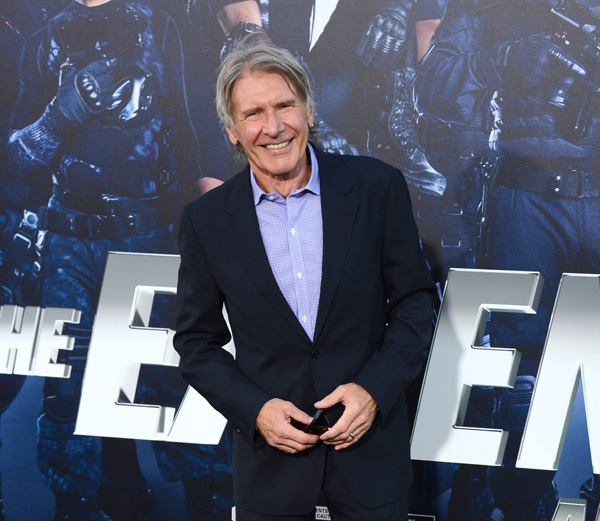 LOS ANGELES - Harrison Ford crash-landed his small vintage airplane at a Los Angeles golf course on Thursday, shortly after taking off from a nearby airport and reporting engine problems.

People on the ground rushed to his aid, and he was taken by ambulance to a hospital with moderate injuries.

The single-engine plane went down at about 2:30 p.m. in Los Angeles’ Venice area. The pilot was breathing and conscious when he was taken to a hospital, Los Angeles fire officials said.

Fire and police officials would not confirm the pilot’s identity; however, an official familiar with the crash said it was Ford. The official spoke only on the condition of anonymity because of privacy restrictions.

The 72-year-old “Star Wars’’ and “Indiana Jones’’ actor is an aviation enthusiast who often flies out of the Santa Monica Airport. Penmar Golf Course, where the crash happened, is just west of a runway there.

In a communication with Santa Monica’s air traffic control tower at 2:21 p.m., the pilot cites engine failure and says he is making an “immediate return,’’ according to a recording posted by the website LiveATC.net.

Shortly after, witnesses reported seeing the aircraft plunge to the ground.

The plane appeared to be a World War II-era vintage training plane. It was mostly intact after the wreck, and Ford was the only person aboard. Nobody on the ground was hurt, but people hurried to the scene and started helping Ford.