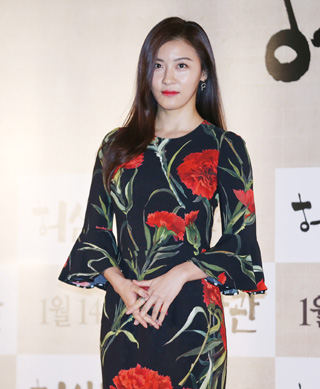 Actress Ha Ji-won has landed a lead role in an upcoming drama series tentatively entitled “The Time I Love You, 7,000 Days,” an adaptation of the eponymous Taiwanese drama.

Multiple industry insiders said Friday that the 37-year-old actress recently confirmed her appearance on the show.

Ha is widely considered a sure ticket seller, with most of her previous works going on to become huge hits. Those include “Damo” (2003), “Secret Garden” (2010) and “Empress Gi.”

The original version of the drama series chronicles the relationship between the male protagonist and his high school girl friend over 14 years. The Korean version, however, will span two decades.

The drama series will hit the air sometime in the first half of this year on SBS.