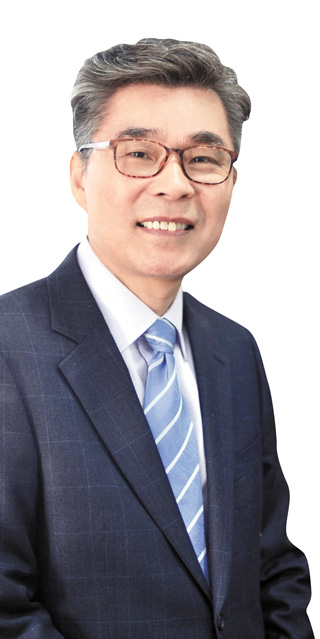 One of Paik Jeom-kee’s greatest accomplishments is a feat few living scholars have been able to achieve in their lifetimes.

Last year, the 58-year-old Paik, a professor of naval architecture and ocean engineering at Pusan National University (PNU) in Busan, became the first foreign scholar in the 155-year history of the Royal Institution of Naval Architects (RINA) to have a prize named after him - while he is still living.

The Jeom Kee Paik Prize, established to commemorate a recipient’s contributions to naval architecture and marine engineering, will be annually given to a person under 35 who releases the best academic paper on shipping or offshore plant facilities.

It is unusual to establish a prize honoring a living scholar, but he seemed to take the news in stride, calling is “an honor to the family.”

The professor has long been active in naval architecture and ocean engineering and is a five-time winner of the Best Paper Award by RINA, most recently in 2013, for a paper entitled “A New Method for Assessing the Safety of Ships Damaged by Grounding.”

Paik is also one of three people who have received both the William Froude Medal and the David W. Taylor Medal, the most renowned prizes in naval architecture and ocean engineering.

Paik currently serves as a council member for RINA and the regional vice president for the Society of Naval Architects and Marine Engineers.

Born in 1957 in Sacheon, South Gyeongsang, he graduated from PNU and earned his doctoral degree in naval architecture and ocean engineering at Osaka University in Japan. Before Japan, he worked at Hyundai Heavy Industries, Korea’s top shipbuilder, but was determined to become a researcher, frustrated by the poor quality of shipping design at the time.

When it came to the language barrier, Paik acknowledged that he was not fluent in English because he earned his master’s degree and doctorate in Japan.

However, “language is just for communication,” he said.

Paik added that the language barrier did not influence his work, as he was evaluated on his performance in other countries.

In Korea, a general assumption is that local colleges outside Seoul and its students are less competitive than those in the capital city.

When asked if he had experienced difficulties as a professor at a regional university, Paik said he believed being outside Seoul was no disadvantage.

“My perspective on offshore plant facilities is based on how to figure out solutions for issues facing the human race,” he said. “In studying the issues, whether I am based in Seoul or Busan, it does not matter.”

Paik will lecture part time at University College London starting this year, while continuing to teach students at PNU.