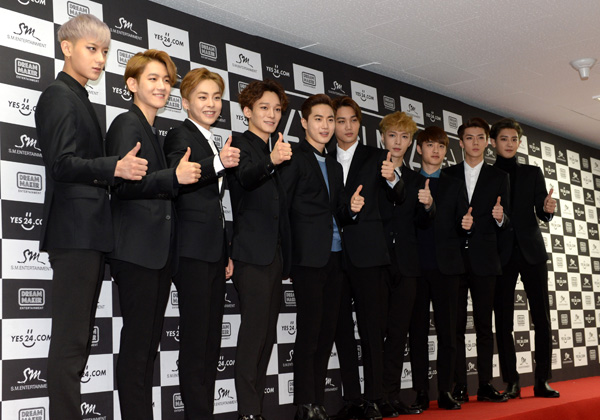 The online drama series featuring up-and-coming boy group Exo is set to be telecast next month.

The band’s agency, SM Entertainment, recently confirmed that the K-pop act had finished shooting the series, whose Korean title is “Exo Lives Next Door to My House.”

The joint project between SM and Line, a mobile messenger service of NHN, will be aired in Korea, China, Japan, Thailand and Taiwan.

In it, each member of the band will play themselves.

New actress Moon Ga-young has been cast as the female lead.

“Exo Next Door” will be available here through Naver TV Cast and Line messenger.

The boy band plans to tease short video clips of the new series at its concerts, held March 7-8 and March 13-15 at Seoul Olympic Park, in southeastern Seoul.