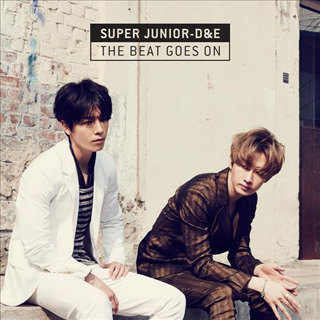 The first album by Super Junior D&E, a sub-unit group of Super Junior that consists of Donghae and Eunhyuk, has topped five iTunes charts in Hong Kong, Thailand, Singapore, Vietnam and Macau upon its release, according to SM Entertainment, the agency of the duo.

Although Super Junior D&E’s album, titled “The Beat Goes On,” debuts Monday in Korea, it was unveiled to fans overseas late last week on iTunes.

Its title track “Growing Pains” was written and composed by Donghae and describes the emotions a man experiences after a breakup.

Both performers started out as members of Super Junior in 2005, and this is the first time they have formed a duo.

Including Super Junior D&E, the 13-member boy band also has other spinoffs, such as Super Junior M, which targets the Chinese music market.