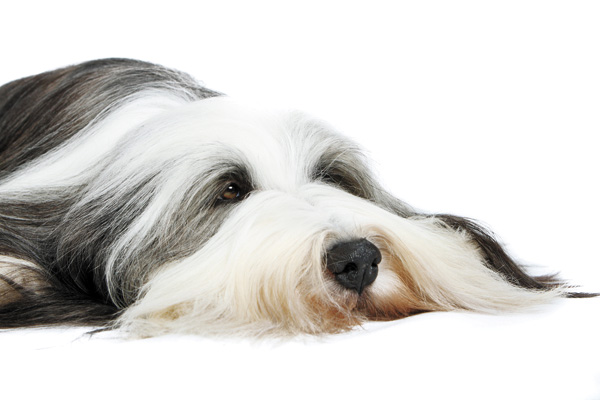 Most people agree that puppies are adorable. They greet you when you return home as if they haven’t seen you for weeks and use their canine charms to make you laugh and smile.

But what about when your dog grows old? It won’t be able to jump up and down and greet you like it used to, it might go blind and could even suffer from ailments such as Alzheimer’s or cancer. Yet no one really discusses these issues.

Kim Ji-eun, a 34-year-old woman living in Jeungsan-dong, western Seoul, lives with a 15-year-old female Yorkshire Terrier called Danbi. Kim said she also wasn’t aware of the heartbreaking side of raising a dog before hers became sick three years ago.

Danbi suffers from heart disease and has a slipped disk.

“I raised her ever since she was a month old,” said Kim. “My relative’s dog gave birth so I decided to keep one because the puppies were so adorable.”

Danbi was a healthy dog. But when she turned 13, she often became sick and had to be taken to the vet.

“First she had pancreatitis,” said Kim. “Right after that, she began to suffer from heart problems and has since been taking medication.”

Earlier this year, Kim discovered that Danbi was having trouble walking. She was diagnosed with a slipped disk in her spine and had to undergo treatment for several weeks. After some research, Kim found out that old dogs often suffer from slipped spinal discs and that it is best to treat them with oriental medicine.

“I even took her to the oriental medicine clinic for dogs in Bundang, Gyeonggi, and she received acupuncture treatment and took herbal medicine,” said Kim. “I think it really worked. Danbi walked better and she even looks about two years younger.”

But all that treatment comes with expensive bills.

Kim, who works as a librarian, said she doesn’t earn much so she can’t spend a huge amount of money on Danbi’s medical treatments. She says she can only choose the minimum options but still spends nearly 40 percent of her monthly salary on her dog. 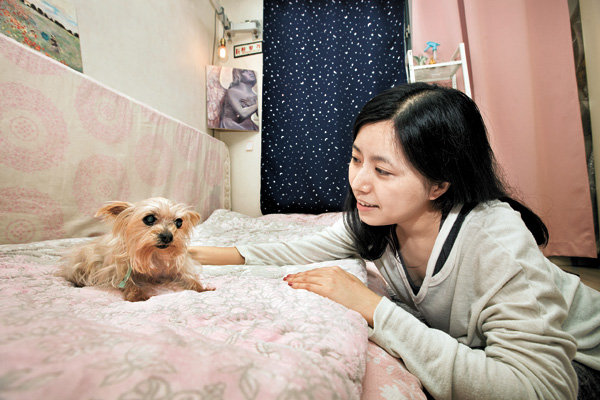 Kim Ji-eun and her 15-year-old dog, Danbi, at Kim’s apartment in Jeungsan-dong, western Seoul. Danbi suffers from heart disease and has a slipped spinal disk. By Park Sang-moon

“Just the medication for her heart disease costs about 70,000 won [$63.70],” said Kim. “I have to go get that every two weeks, but I don’t earn that much so I tend to go and get the medicine once every three weeks.”

Kim said Danbi’s age means she has to get regular check-ups. She also has her teeth scaled, which costs between 400,000 and 500,000 won, and her herbal medicine is 600,000 won for a two-week supply. If Danbi is ever hospitalized, Kim has to be prepared to spend at least 1 million won.

“I use my credit card and pay in installments,” said Kim.

Raising Danbi is definitely a financial burden, but for Kim it’s a matter of course because the dog is family.

“I am just thankful that Danbi doesn’t cost me more than what she costs me now,” said Kim. “But I have many worries because I know she’s going to become sicker as time goes by. I did a lot of research on old dogs and many owners have said they just become really sick all of a sudden like going blind or being unable to walk or get Alzheimer’s and forget about being toilet trained.”

Kim confessed that she didn’t know what she was getting herself into when she brought her home as a puppy 15 years ago.

“When Danbi became sick at the age of 13, I realized only then that dogs become old and sick just like humans,” Kim said, adding that she’s been preparing for Danbi’s departure.

“I shouldn’t say this when she’s in front of me, but I’ve also checked out funerals for dogs. I read a lot about how owners coped with their pet dog’s death and decided not to look at her death as something tragic. It’s so natural for Danbi to get old and die just like us human beings, only quickly.”

For dog lovers like Kim, it’s devastating to see people thoughtlessly purchasing dogs at pet shops without realizing the responsibilities and suffering that owners sometimes go through.

“Puppies are adorable for sure,” said Kim.

“But they are not always adorable. They are just like babies. They wake you up at night, they whine if they want something, your neighbors may complain, they mess up your room and ruin your stuff. When they get old, they become sick and you’ll have to nurse the sick dog for many years.”

Kim added that she believes only people who are prepared to clean up after the dog for the whole of their lives should be allowed to raise them. 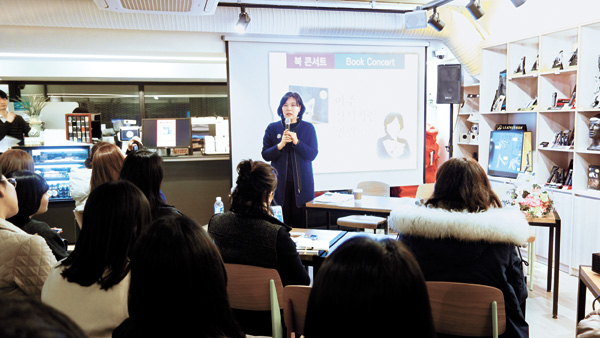 Cho Hee-kyung, head of the Korean Animal Welfare Association, talks about the responsibilities of raising a pet during her book tour last week in Samseong-dong, southern Seoul. Provided by the association

The increasing number of dogs being abandoned has become a growing problem in Korea. In an attempt to discourage owners from giving up their pets and helping to reunite lost canines with their owners, the Korean government enacted a new system requiring all pet dog and cat owners to register their fluffy friends beginning in 2014.

This nationwide concern was good news for pet lovers. Now, insists animal rights activists, it is time to teach people about the responsibilities of raising cats and dogs.

According to a survey by the Korean Animal Welfare Association, 69 percent of the people who own a dog said they kept their pet less than five years before giving it away. Only three percent said they raised the dog for more than 10 years, while 12 percent answered that they kept the animal until it died.

As for the reasons for their choices, 34 percent said they decided to let the dog go as they couldn’t stand its barking and had failed to potty train it, while 27 percent said they gave the pet away because they were moving house.

“It’s really important to tell those who are interested in getting a puppy from a pet shop about the difficult aspects of raising a dog, especially when they become old,” said Cho Hee-kyung, head of the Korean Animal Welfare Association. “We should all know that the decision we make to make ourselves happy and less lonely can put the dog in a stressful and lonely situation.”

Cho also discussed how she nursed her old dog, who suffered from Parkinson’s disease.

“It was like caring for a sick father,” she said. “What is worse is that you can’t communicate with the dog.”

Cho first became involved in animal rights activism after joining an online club to find her dog a lifelong partner.

“I got interested in animal rights and went around rescuing abandoned dogs and sending them to vets that offered to help,” she said.

But Cho, who ran her own business, realized that such activities should be carried out systematically in order to be really effective. She decided to become a full-time devotee to animal welfare and quit her business.

“At first, like I said, my focus was more on rescuing abandoned dogs, but I realized that the root cause needed to be changed - the consciousness of people,” Cho said. “It’s waking up that common sympathy that we all have.”

Kang Hyung-wook, a dog trainer, also stressed that all canines in Korea are “potential abandoned dogs.”

Kang believes there is a large chance that any dog owner will abandon their pet.

“Of course there are sensible owners who look after their dogs with great responsibility, but they are not many. I think it’s absurd for them to think that spending a lot on buying them different toys, cute outfits and luxury dog food is taking good care of them. All dogs need is love and care for their entire life, whether they are young or old, cute or ugly, healthy or sick.”

Kang also emphasized the need for owners to prepare themselves before raising a dog.

“It’s quite common for owners in Western countries to send their puppies for puppy-training,” said Kang. “But Koreans send their dogs to schools or ask for help when the dogs start to misbehave. When they see no hope, they send the dog away because they realize that they are not as cute as they thought.’”

If Danbi passes away, Kim says she wants to bring up another dog.

“I’m not married and I don’t have a child, but I learnt how to be a good mother through her and she kept me company all these years.”

Since Danbi is not a “sociable dog,” she couldn’t really get another puppy for Danbi to play with while she was out working.

“I heard if you get puppies that are too young and separate them from their mother, they miss out on an opportunity to learn social skills from their mother and siblings. I am still learning.”