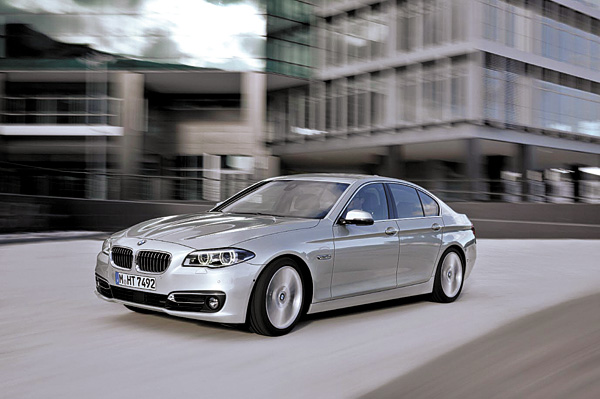 In January, Korea adopted the so-called Euro 6 emission standard, which is applied to commercial vehicles in Europe, for passenger vehicles starting in September.

The Euro 6 standards, which took effect in Europe in 2013, require passenger cars lighter than 3.5 tons to reduce emissions of nitrogen oxides, or NOx, from 0.18 to 0.08 grams-per-kilometer, a nearly 50 percent reduction from Euro 5 standards.

Carmakers with an inventory of vehicles that only meet Euro 5 standards will have to sell those cars by September. That’s why German carmakers are offering discounts these days.

BMW, Audi and Volkswagen have been importing Euro 5 cars to the Korean market because they can’t sell them at home. Diesel engines are particularly affected because they produce more emissions. Since introducing them in 2009, German brands have been responsible for making diesel cars popular in Korea. About 85 percent of the German cars sold in the country are diesel, excluding Mercedes-Benz, for which diesels account for only 56.5 percent of Korean sales.

German brands are offering attractive discounts. In the case of the BMW 520d sedan, customers who buy it on a 36-month installment plan pay no interest. The Audi A6 35 TDI, which was the best-selling imported car in January, also offers an interest-free 36-month installment plan for customers who pay 40 percent of the sale price in cash. Volkswagen Korea offer discounts of 1 million won ($900) to 7 million on the Passat, Tiguan and Golf.

Japanese automakers Toyota, Nissan and Honda are happy to see the Germans struggle. While German brands were selling diesel models to Koreans, Japanese brands concentrated on their hybrid and gasoline lineups. In late February, Toyota Korea said its goal is to sell 7,700 Toyotas and 7,100 Lexuses in the country this year. Last year, it sold 6,840 Toyotas and 6,464 Lexuses. Honda has big hopes for the Legend luxury gasoline sedan, which was introduced in February.

“Recently, customers started considering gasoline cars instead of diesels after the international oil price started to fall,” said an executive in the imported car industry. “When the Euro 6 limits go into effect in September, there will be some changes in the imported car market as fuel efficiency, which is an important feature for Korean consumers, will be worse in German cars than under the Euro 5 limits.”

Among Korean manufacturers, Renault Samsung will be affected by the Euro 6 standards because its best-selling QM3 SUV’s 1,500 cc engine doesn’t satisfy the regulations. The small SUV has been leading the company’s recent growth with an average of 18,000 units sold per year.

“If the company adds a system to reduce NOx emissions in the car’s engine, the production cost will be increased by about 3 million won,” said an industry source. “If they don’t raise the car price, they will have to bear the loss.”

Ssangyong Motor also is evaluating its 1,600 cc diesel engine for the Tivoli SUV in light of the Euro 6 standards. The company will introduce Tivoli’s diesel model in June.

Foreign commercial vehicle makers also are trying to expand their market share with new Euro 6 models. Daimler Trucks, the world’s No. 1, introduced a series of large trucks including Actros and Arocs.