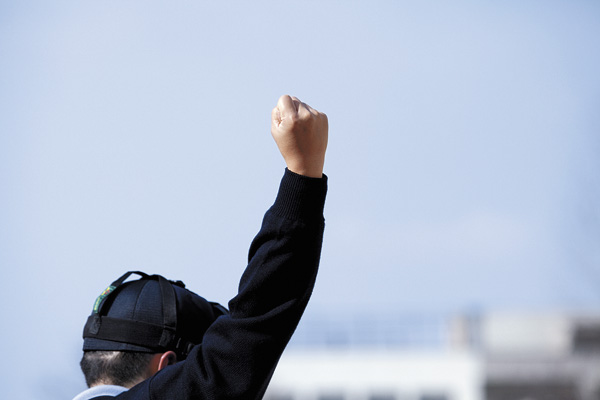 A new Korea Baseball Organization (KBO) rule that aims to shorten the duration of games created quite a stir among players and coaches after it was tested for the first time in preseason games last weekend.

In December, the KBO announced revisions in the so-called “speed-up” rule. According to the governing body of Korea’s top baseball league, it took 3 hours and 27 minutes on average last year for a KBO game. 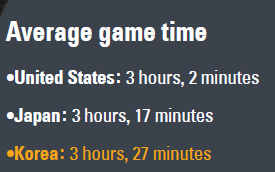 The revised KBO rule states that pitching changes should take no longer than 2 minutes and 30 seconds, a reduction of 15 seconds. In addition, hitters should be in the batter’s box within 10 seconds or be penalized with a strike.

When a hitter receives a base on balls, he must run to first base before removing protective equipment. And under the rule, only the manager or one coach will be allowed to appeal to umpires.

But what seems to be causing the most headaches for players is the requirement that hitters must keep at least one foot in the batter’s box at all times. If violated, the batter would be assessed one strike.

On Sunday, in a preseason game against the NC Dinos at Masan Baseball Stadium in Changwon, Kim Min-woo of the Kia Tigers struck out in the top of the fourth inning when he stepped out of the batter’s box on a full count.

On Saturday in Daejeon, Kim Kyeong-eon of the Hanwha Eagles and Lee Jin-young of the LG Twins both struck out because of the new rule.

With a count of a ball and two strikes in the bottom of third inning, Kim stepped out of the box after the Twins’ Henry Sosa delivered ball two. The umpire called him out on strikes. The next inning, Lee struck out in similar fashion.

“Is this Soviet baseball [which has no freedom]?” Lee joked after game. “I don’t know if this rule will actually speed up the game.”

The baseball community generally agrees that quicker play is necessary, but complains the new rule is too harsh and difficult to follow. In particular, they claim that making a player stay inside a 2.2-square-meter (24-square-foot) box affects a batter’s habits and hitting rhythm.

“My style is to think about the next pitch and style outside the box,” said Kim of the Eagles. “I understand the point of the rule, but I think it will hurt a lot of batters.”

Managers of 10 KBO clubs also worry the new rule might lower the quality of game. “Baseball has become no longer fun,” said Eagles manager Kim Sung-keun. “It can affect the flow the game. The rule should not directly affect the flow of the game.”

Lee Yong-chul, an analyst for KBS, said the rule could even determine the results of games.

“Let’s say the bases are loaded in the bottom of the ninth inning with two out,” he said. “There is a full count on the batter. What would the umpire do if he leaves the box? Whether or not the umpire calls a strike, both situations create a problem.”

Those who support the rule believe that reducing the time it takes to complete a game will help hold the interest of fans. Although baseball isn’t like watching a movie, some fans could get bored by “slow” baseball.

“Some batters get out of the box after every single pitch, and this kind of batter takes at least 2 minutes more than other batters,” said a KBO official who participated in drafting the rule. “If the new rule is accepted, we can reduce games by at least 10 minutes.”

Under the old rule, umpires can give warnings to batters who step out of the box and impose a strike if they continue. However, the rule has seldom been enforced.

Major League Baseball players can be fined up to $500 for intentionally wasting time, with the money going to charity. Nippon Professional Baseball also is trying to reduce the time between innings.

“We will discuss the speed-up rules again after the preseason games are over,” said Kim In-sik who heads the KBO rule committee. “We made this rule because batters go out of the box too often. There is no other intention.”