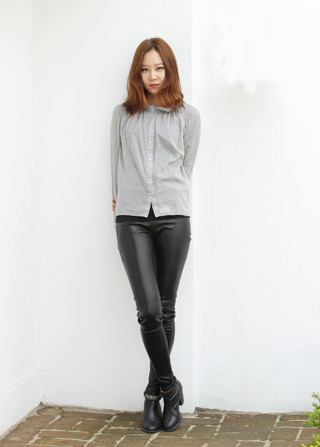 Actress Kong Hyo-jin has confirmed her appearance in the upcoming series “Producers,” according to sources at KBS, the drama’s creator.

In the show, which centers on people making entertainment shows at a broadcasting station, Kong will play the role of a producer who’s been working in the field for 10 years.

Soloist IU has also decided to join the drama series. The singer-actress will play the role of a famous singer, just like in real life.

Kong, who recently tried her hand at acting in a theatrical play for the first time since her debut in 1999, is often dubbed the queen of romantic comedy because almost all of her previous rom-com drama series became huge hits.

Kong debuted in 1999 with the teenage horror film “Memento Mori.” She is one of a few actresses who receives rave reviews for her skills from viewers and critics alike. She is also dubbed a fashionista for her experimental way of layering clothes.

Along with Kong and IU, actor Cha Tae-hyun, who is currently appearing in popular reality TV show “2 Days & 1 Night” will join the drama series by taking on the role of a producer.

Actor Kim Soo-hyun of “My Love from the Star” is reportedly considering joining the drama series before he enlists in the army later this year.

Producer Seo Su-min, who took the helm of popular weekly sketch-comedy show “Gag Concert,” will participate in the drama series as a chief producer, while Park Ji-eun, who wrote “My Love from the Star,” the biggest hit drama series of last year, will pen the new program.