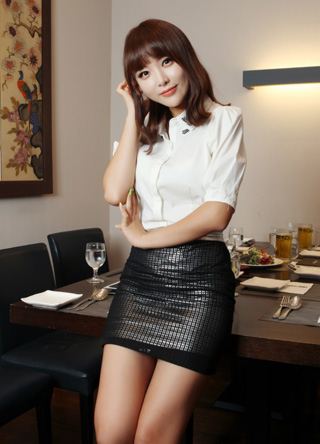 Hong Jin-young first gained fame in 2007 by singing trot songs, an unusual choice for a young performer because the genre is popular among older Koreans.

But the 29-year-old singer has been shining all the more recently for her overly talkative and lovely nature, as shown in the many talk shows and variety programs she has been taking part in.

One of these is the fourth season of MBC’s variety show “We Got Married,” which pairs celebrities up and expects them to act as if they are married for entertainment purposes.

She became part of a fake couple with actor Namgoong Min last year on the program. 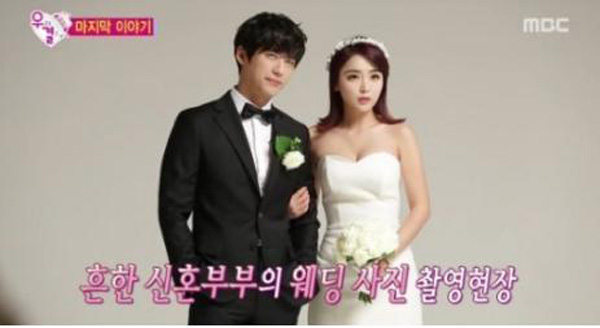 Namgoong Min, left, and Hong Jin-young appeared as as a couple in the fourth season of MBC’s variety show “We Got Married.” [Ilgan Sports]

Amid the controversy about whether the show is scripted or not, Hong and Namgoong were able to continuously delight the audience with their romantic gestures towards one another.

When they were filmed lightly kissing each other on a gondola during their romantic getaway to Macau last December, rumors that they were actually dating each other sprung up.

But despite fans’ requests to stay on the show little longer, the Hong-Namgoong couple decided to leave “We Got Married.”

Their last episode aired on Sunday.

In a recent interview with Ilgan Sports, an affiliate of the Korea JoongAng Daily, Hong talked about her recent departure from the popular program.

Q. Many viewers of the show believed that the two of you were actually seeing each other. What is your relationship status with Namgoong right now?

A. It’s an awkward question to answer, but we came to support each other. We have become close friends and I really feel comfortable around him. We texted each other after watching the last episode.

Were there any moments when you felt like your on-screen relationship with Namgoong was real?

It would be a lie if I said there wasn’t any. There were many memorable scenes. For example, when we went to the Macau Tower, I really relied on him because I get scared when I go up somewhere that’s high up. Also, through the show, I did a lot of things that were new to me. Among them, there were times when he really felt like my boyfriend.

You and Namgoong were really open to physically touching one another during the show. Were there any difficulties because of this?

I tried to be as open as possible when I participated in the show, so having physical contact with him wasn’t that hard.

Do you think participants should not go on a real date while in the show?

I do. To be honest, I cut off seeing other men who took an interest in me while I was doing the show. For the time period I appeared in the show, Namgoong was the only person I met with.

You two were the most popular couple on the show. Why did you want to quit so quickly?

There was a reshuffle in the show anyway and Namgoong had a plan to act soon. But most importantly, I wanted to leave during my most glorious moment.