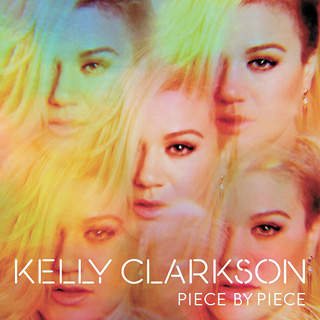 As one of the most successful “American Idol’’ winners, Kelly Clarkson can hold her head up high - she’s still in the game after 13 years. That doesn’t mean her new album, “Piece By Piece,’’ gets any awards for creativity - it sounds like a Clarkson album they forgot to release a decade ago.

This thirteen-track record writes a check its ambition can’t cash. Sadly, Clarkson’s strong voice is misused on songs so generic, even she probably forgot she’s singing on them.

Case in point: The first single, “Heartbeat Song,’’ doesn’t get engaging just by making it high tempo, a modern allegro agitato. The Sia-penned “Invincible,’’ on the other hand, sounds both catchier and more textured, while “Piece By Piece’’ is a color-by-numbers pop march. It gets better here and there, with dance floor bait “Take You High’’ or the weirdly sounding-like-something-else-from-the-’80s “Dance With Me.’’

The one collaboration on the album, the John Legend-assisted “Run Run Run,’’ is a beautiful ballad that adds feeling and drama to an album otherwise in a hurry to get to the finish line. AP