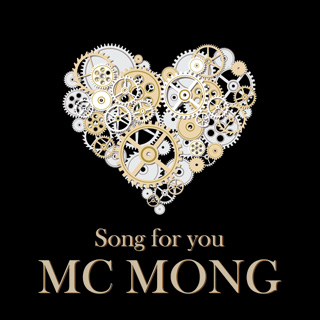 Despite coming under suspicion of trying to avoid serving his mandatory military duty, MC Mong’s comeback last November with his sixth album, “Miss Me or Diss Me,” after five years away, received a fervent response from music fans.

Continuing with his popularity, MC Mong’s latest EP, “Song for You,” which the artist says is his way of expressing gratitude, is not a let down.

The title track, “Love Mash,” is a witty story of a man who changes because of the girl he fell in love with. The song is a collaboration with singer-songwriter Yoon Gun, who adds a beautiful piano tune to the album. The song has an exciting rock base, creating a different mood from MC Mong’s usual style.

Although the artist’s music is being recognized, MC Mong says he won’t be making any appearances on television or holding concerts.