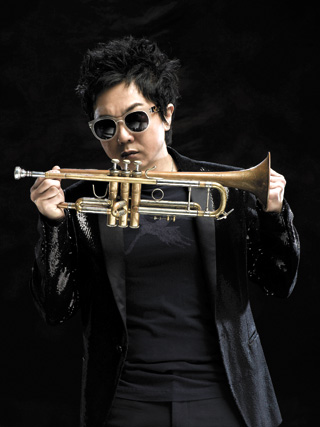 People often think they have to go to a dimly lit bar and drink a cocktail to listen to jazz music. They do not expect to hear it as often as they hear K-pop on the streets and would certainly be surprised for it to appear as background music on a TV drama.

But producer Choi Byung-gil, who wanted something fresh and unique for his upcoming drama “Angry Mom,” chose the genre as his secret weapon.

Choi asked pop-jazz artist Lee Ju-han to direct the score of the new series, which is scheduled to start airing on MBC from March 18. Lee plays trumpet and writes songs for the duo Winterplay and has experience working on film soundtracks.

Lee believes his ability to “bridge the gap between the public and the music genre jazz, which is considered somewhat difficult to grasp by the masses in Korea,” is the reason why producer Choi gave him the opportunity.

So far, the background music and OSTs for TV drama series have been dominated by Korean pop music.

“I think producer Choi believed jazz was right for his new drama as there hasn’t been an attempt to use it before,” said Lee during an interview with the Korea JoongAng Daily on Friday at the office of his agency, Loudpig, in Itaewon-dong, central Seoul.

“He wanted one thing in general, and that was to sound different from other dramas we watch.”

Winterplay’s ability to lure listeners who would not usually listen to pop-jazz led the duo to perform at a tribute for Thai King Bhumibol Adulyadej’s birthday.

The band played during the celebratory festival’s finale on Dec. 20 at the Queen Sirikit National Convention Center in Bangkok.

Other renowned jazz artists such as Larry Carlton, John Pizzarelli, Diane Schurr, as well as the big band Count Basie Orchestra, performed on the same day.

“It was certainly an honor. The King is known to be a big jazz fan, so Thailand holds a jazz festival to celebrate his birthday for about two weeks every year,” said Lee. “Renowned jazz artists were invited and we were included among them.”

Lee added that the two were invited the year before but couldn’t go due to the political climate in Thailand at the time.

“I think we were able to be included among such world-renowned jazz musicians because Winterplay represents a bridge between old jazz and modern jazz in such a time when jazz is evanescing,” said the singer. 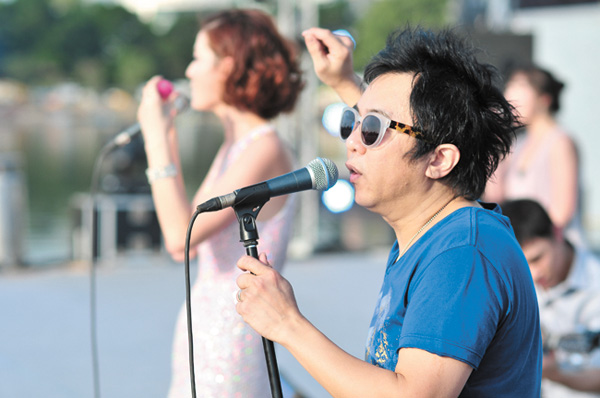 Winterplay was invited to perform for the King of Thailand’s birthday last December in Bangkok.

“It makes me tired, but it’s a lot of fun,” said Lee. “When you listen to Winterplay’s music, you can hear that it’s definitely one style of music. But when you hear the music I wrote for this drama series, you’ll hear that it has such a variety of jazz.”

Lee added, “As a composer, you want to try new things and I think this opportunity allowed me to do that. For example, for me, it was like I’d been working too long at a Korean restaurant and want to make other dishes like pasta and dessert. Now this new chef comes and tells me I can make all these different dishes. In other words, it’s an opportunity for me to show what I can do.”

But of course, Lee’s ultimate goal is to make sure his music isn’t too obtrusive.

“It’ll be a big problem if the music stands out,” said Lee. “I hope it blends in as best as it can. I hope when people watch the drama, they don’t notice the music, but after they finish watching the first episode, they realize that the music felt right.”

Lee also hopes his work pays off by creating opportunities for other jazz musicians to work for dramas.

“If this goes well and proves that jazz fits nicely with TV drama series, other producers will try to follow suit and look for jazz musicians who could direct their work,” said Lee. “That’s when I believe I’ll feel like I’ve succeeded and have done a fabulous job.”