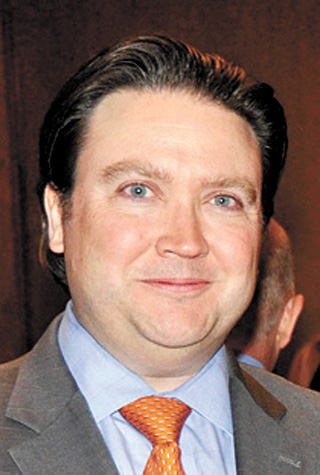 Washington has tapped Marc Knapper as the new U.S. deputy chief of mission to the U.S. Embassy in Korea, diplomatic sources said on Monday.

He will likely start sometime this month.

According to the sources, Knapper, 42, director of the U.S. State Department’s Office of Indian Affairs, will replace Leslie Bassett, who left her post in January after being named ambassador to Paraguay.

Knapper will likely serve as a substitute for U.S. Ambassador Mark Lippert, who is still recovering from injuries sustained last week in an attack by a knife-wielding anti-American activist.

The 42-year-old formerly served as second secretary in the U.S. Embassy in Seoul from 1997 to 2001. Like Lippert, he also had a son born in the country during his tenure here.

Ambassador Lippert and his wife Robyn celebrated the birth in January of their son, whom they bestowed with the Korean middle name Sejun. James William Sejun Lippert was born on Jan. 19, at Yonsei Severance Hospital in Seodaemun District, northwestern Seoul.

While Lippert is the youngest ever U.S. ambassador to Korea, Knapper is the youngest among professional diplomats who have served in Korea so far. Since beginning his career in 1993, Knapper has been recognized as one of most renowned experts on Asia within the U.S. State Department.

Aiding Walter Mondale, the former U.S. ambassador to Japan from 1995 to 1997, he also worked at the U.S. Embassy in Japan twice.

He spent his childhood in Okinawa, because of his father, who served in the U.S. Navy, and studied international relations at the University of Tokyo graduate school after earning his bachelor’s from Princeton University.

According to the official, Knapper has a talent for foreign languages and is fluent in Korean, Japanese and Vietnamese.