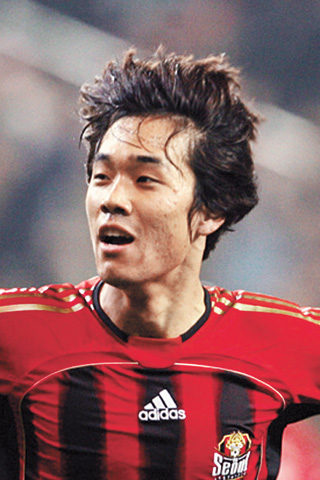 Former AS Monaco and Arsenal forward Park Chu-young has signed a three-year contract with FC Seoul to return to the K-League Classic for the first time in seven years.

The 29-year-old striker was released from Saudi Arabia’s Al-Shabab last month. Details of the contract were not announced, but the five-time K-League Classic champions said Park will not receive a big salary like he did overseas.

“Although his recent performance with other clubs wasn’t great, his superb talent as a scorer is proven,” said FC Seoul. “His experience abroad should be a positive for the team.”

FC Seoul hopes Park will boost its attack, which has suffered since its Montenegrin striker and three-time K-League top scorer Dejan Damjanovic left for the Chinese Super League in 2013. Spain-born Japanese forward Sergio Escudero moved to Chinese club Jiangsu Sainty before the season.

Park began his professional career with FC Seoul in 2005. He was a unanimous choice for K-League Rookie of Year after netting 18 goals in 33 games. Before moving to French club AS Monaco in 2008, the Daegu native bagged 35 goals and 33 assists in four seasons with FC Seoul.

Park, who played in the past three FIFA World Cups, went downhill after moving to English Premier League giant Arsenal in 2011 and mostly sat on the bench. He played a pivotal role in Korea’s bronze medal victory against Japan in the 2012 London Olympics.