CJ center aims to be a hub for Hallyu

CJ center aims to be a hub for Hallyu 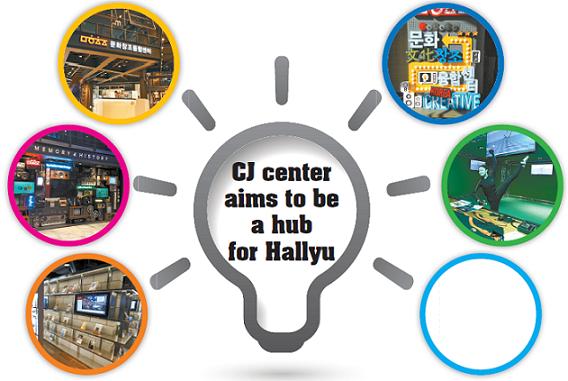 Clockwise from above: A ballerina dances at the Culture Creative Convergence Center’s motion studio to show how the technology works; A digital archive within the center; An installation portraying convergence; The entrance of the two-story center, which is free of charge; The center is not only full of equipment, it also has fun design elements. [NEWSIS], By Kim Hyung-eun

Critics say the popularity of Korean pop culture, or Hallyu, as it is known domestically, is clearly waning. 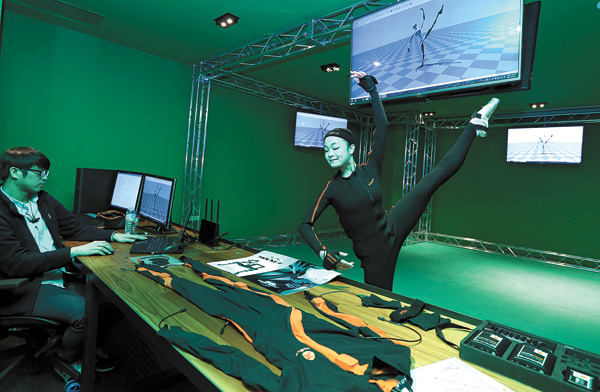 A ballerina dances at the Culture Creative Convergence Center’s motion studio to show how the technology works. [NEWSIS]

The market for K-pop in China is decreasing as the Chinese have come up with their own versions of boy bands such as TVXQ. Fervor for Korean music in Japan is also on a downward trend with the yen falling to record lows and a ban on Korean stars appearing on morning talk shows amid soured bilateral relations.

Joon Ahn, the head of CJ E&M’s music division, says fans in Southeast Asia remain loyal, but even in this region people are not interested in new bands. 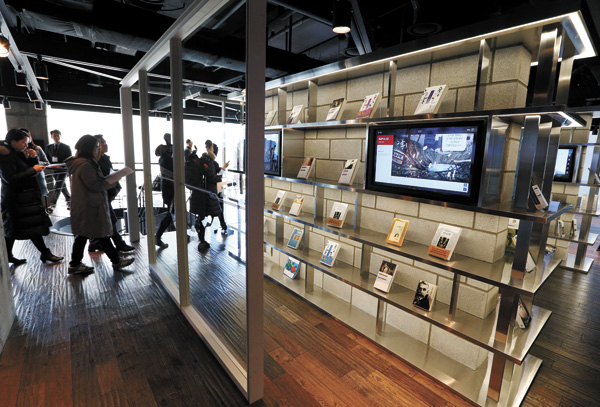 A digital archive within the center. [NEWSIS]

“Big Bang will continue to be popular, but there won’t be the ‘next Big Bang,’?” he said, referring to one of the most well-known K-pop boy bands outside of Korea.

More and more experts say time is of the essence and that the country must come up with competitive spin-offs of cultural products while people abroad are still interested. 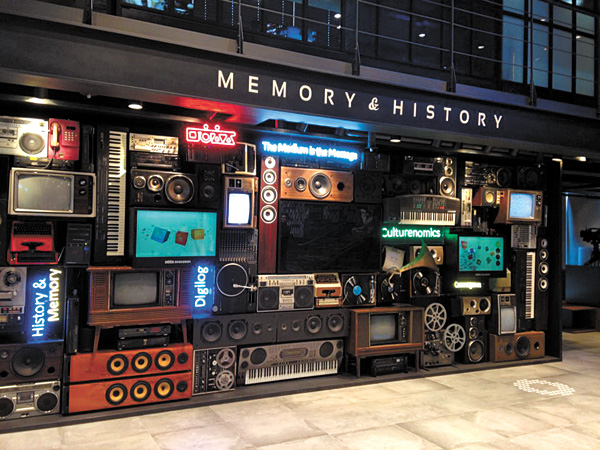 Against this backdrop, CJ E&M, Korea’s entertainment and content giant, and the Ministry of Culture, Sports and Tourism have joined hands to foster young talent who have innovative ideas that could potentially be the next big thing in the field of “convergence content.”

The Park Geun-hye administration has been promoting the term as part of her “creative economy” initiative lately. Ministry officials say it means content that merges seemingly unrelated industries - such as technology and art - and ushers them into a new cultural paradigm. 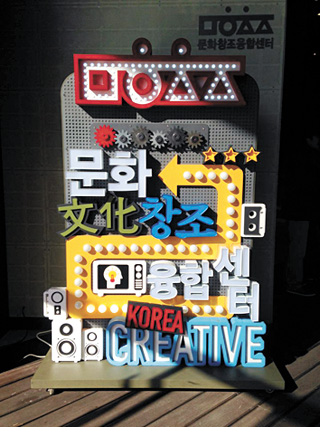 The center is not only full of equipment, it also has fun design elements. By Kim Hyung-eun

The center is a free-of-charge, high-tech and trendy workplace for amateur content creators. It is equipped with all the necessary equipment, including sound and audio systems, digital archives and a motion studio.

The center, which cost a whopping 10 billion won ($8.9 million) to build, was unveiled to journalists on Tuesday. Set on the first and second floors of CJ E&M’s headquarters, the center was not yet crowded just a month into its opening.

“We believe it is an investment,” said Kang Myeong-sin, the director of the venue, at the press event. The entertainment powerhouse covered the entire funding and will also finance the operation going forward.

But the center is part of the government’s larger scheme to foster convergence content. In ensuing years, it will create three more entities to make sure that the ideas at the recently opened venue are produced, distributed and able to lure further investment, eventually creating a desirable business climate for cultural content.

The establishments planned for the future will include a venture cluster where start-ups will set up their offices; a research center where research and development will take place; and finally a “content valley,” which ministry officials say is somewhat like Silicon Valley, where potential investors could experience the cultural products and, hopefully, decide to invest.

“This is the first model in Korea where a private company and the government are working together to encourage content creation,” Yoon Tae-yong, deputy minister of the Culture Ministry’s cultural content industry office told journalists. “CJ E&M will help plant the seed and we will provide the necessary infrastructure after that to help the seeds grow and bear fruit.”