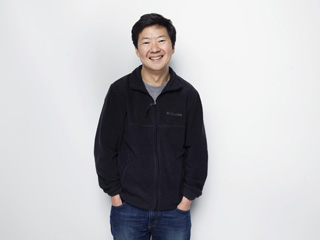 NEW YORK - Actor Ken Jeong says that much of the inspiration for his memorably angry Mr. Chow character in “The Hangover’’ movie was a reaction to his wife’s fight against breast cancer at the time.

His small role in the 2009 comedy, which included leaping naked out of a car trunk to attack someone, was so wildly over-the-top that he won an MTV Movie Award for it.

Even after earning the role, however, he wasn’t going to take it. He explained in a short film to accompany the upcoming PBS documentary, “Cancer: The Emperor of All Maladies,’’ that he was caring for his wife, Tran Ho, and their one-year-old twins as she was undergoing chemotherapy.

“Tran encouraged me to do it,’’ Jeong said in an interview. “She thought I was suffering from caregiver burnout.’’

He channeled his rage at his wife’s plight into the character, he said. One monologue that wound up being cut from the film but used as a DVD outtake turned into a pure rant that Jeong sees now he was doing to unburden himself.

Jeong, who is Korean, slipped in some dialogue in Vietnamese purely as an inside joke for his wife, who is Vietnamese.

He accepted his MTV award with an emotional speech just after the couple learned that she was cancer-free for two years. Before he could talk about it to the media following the show, he slipped into an alley behind the theater and broke down crying.

Shortly after that, the Stand Up to Cancer organization asked him to do some volunteer work, and that included the online film that is being used to promote the PBS project, a film by Barak Goodman and Ken Burns that brings to life the Pulitzer Prize-winning book by Siddhartha Mukherjee. The three-part film airs on PBS March 30, 31 and April 1

Tran Ho has now been cancer-free for six years. AP