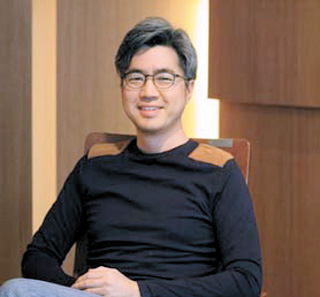 Google Campus in Seoul, set to open next month in Daechi-dong in the heart of Gangnam, southern Seoul, will be the first of its kind in Asia for the world’s top search engine.

With a master’s degree from Stanford University in management science and engineering, Lim has ample experience in the start-up industry both in Silicon Valley and Seoul.

After working at Bitfone Corporation and Softbank Ventures in Korea, he founded RocketOz in 2010.

The company was acquired last year by SundayToz, a leading mobile game developer best known for the game Anipang.

One of the upcoming events scheduled there is the TechCrunch Pitch-Off on April 16. The competition will gives entrepreneurs 60 seconds to explain to the judges why their ideas or start-ups are the best.

“It is hoped the start-ups will form a community at Google Campus Seoul, exchange innovative ideas and seek chances for a foray into the global market,” Lim said.

Unlike other start-up programs, also known as angel investment, Google’s incubator will not demand equity shares in the start-ups.