Forced unification is being studied

Forced unification is being studied 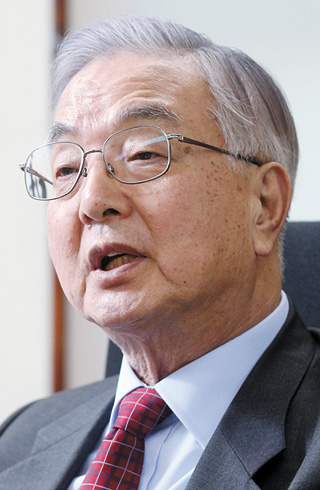 The South Korean government is preparing for non-consensual unification scenarios such as absorption of North Korea, said the vice chairman of the presidential unification committee Tuesday.

Chung Chong-wook, vice chairman of the Presidential Committee for Unification Preparation, said in a forum Tuesday that the Korean government is “looking to types of unification that may not be through [inter-Korean] agreement.”

Speaking at a forum hosted by the Reserve Officers’ Training Corps Association at the Press Center in central Seoul, Chung continued, “There are many roadmaps on the process to reunification, and our committee has a team dedicated to non-consensual unification or unification of the system.”

This is the first time a high-ranking official of the unification preparation committee revealed that it has a team that deals with a scenario of unifying the Korean Peninsula through a change in the North Korean regime or through absorption into the South.

There are other agencies within the government that are also researching unification of the Koreas through an integrated governmental system, Chung added.

Pyongyang is vehemently opposed to the idea of unification through absorption by the South, or one that follows a collapse of the North Korean regime.

But, Chung said, “Just because we do not want unification through absorption or [collapse of the North Korean] system does not mean that it will not happen.”

The committee, comprised of both government and civilian experts on the issue, was launched last July by the Park Geun-hye administration with the goal of preparing for a peaceful unification of the two Koreas.

U.S. President Barack Obama said in a YouTube interview in late January when asked about North Korea, “Over time, you will see a regime like this collapse.” The remark was immediately slammed by Pyongyang as an attempt by Washington to topple the North Korean regime.

“Recently, there has been a tremendous amount of internal changes within North Korea,” Chung said. “Currently, North Korea is moved by the market, not the authorities.”

Chung added that in the case of absorption, the South Korean government has a detailed plan on how to deal with the North’s Workers’ Party, military authorities and other elite figures. “There’s a high number of North Korean elites, and the constituents of the Workers’ Party is quite diverse, so we will classify them to deal with them.”

Chung also discussed projects to mark the 70th anniversary of the division of the Korean Peninsula this August, including building a global peace park in the demilitarized zone and plans for the committee to reveal a blueprint for unification later this year.