So Ji-sub shoots a cameo for ‘Sado’

So Ji-sub shoots a cameo for ‘Sado’ 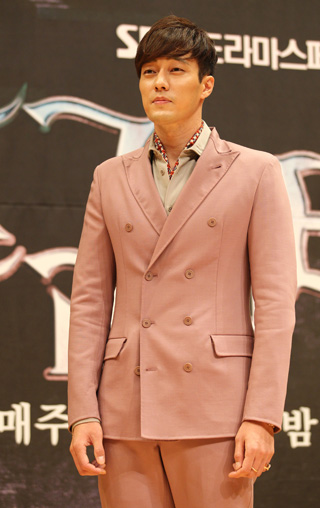 Actor So Ji-sub recently finished shooting his cameo for the period film “Sado.”

The movie features a stellar cast, including actors Yoo Ah-in and Song Kang-ho and actress Moon Geun-young. It centers on the story of Sado, a crown prince from the Joseon Dynasty (1392-1910).

In the movie, the 38-year-old actor plays the role of Jeongjo, one of the kings of Joseon.

“He will appear for just a few scenes. He was requested by the director of the film,” said an official from 51K, the actor’s agency.

So has been away from the screen since his last drama series “The Master’s Sun” (2013). He has been working on his music instead and released the hip-hop album “18 Years” last June.