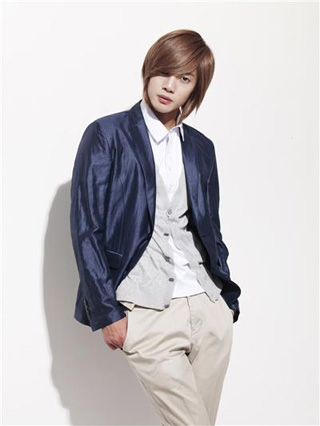 Singer-actor Kim Hyun-joong will enlist in the army on March 31.

According to Ilgan Sports, an affiliate of the Korea JoongAng Daily, the 29-year-old entertainer will receive four-weeks of basic military training at Baekma Troops located in Goyang, Gyeonggi.

“He was scheduled to join the military this year. He will enlist in the army on March 31 after finishing all of his pre-planned activities,” said a source close to Kim.

Other celebrities, including singer-actor Kim Jae-joong, actor Choi Jin-hyuk and singer Sungmin, a member of K-pop boy group Super Junior, will all join the military on the same day as Kim.

Kim Hyun-joong was recently involved in a series of scandals related to his former girlfriend. Although they officially broke up last year, his ex-partner, surnamed Choi, reportedly has a child by him. Some local news outlets ran stories that the two will reunite with each other for the future of the child and that the two would get married soon.

But Keyeast Entertainment, Kim’s agency, denied all the news reports, while Choi said she has no plan to marry Kim and will raise the child by herself.

Responding the news about Kim joining the military, a lawyer representing Choi said, “I can’t comment on Kim’s enlistment.”